The Bill will now need President Ram Nath Kovind’s nod to become a law. The CAB will give Indian citizenship to refugees from Hindu, Christian, Sikh, Buddhist and Zorastrian communities fleeing religious persecution from Pakistan, Afghanistan and Bangladesh who entered India on or before December 31, 2014. 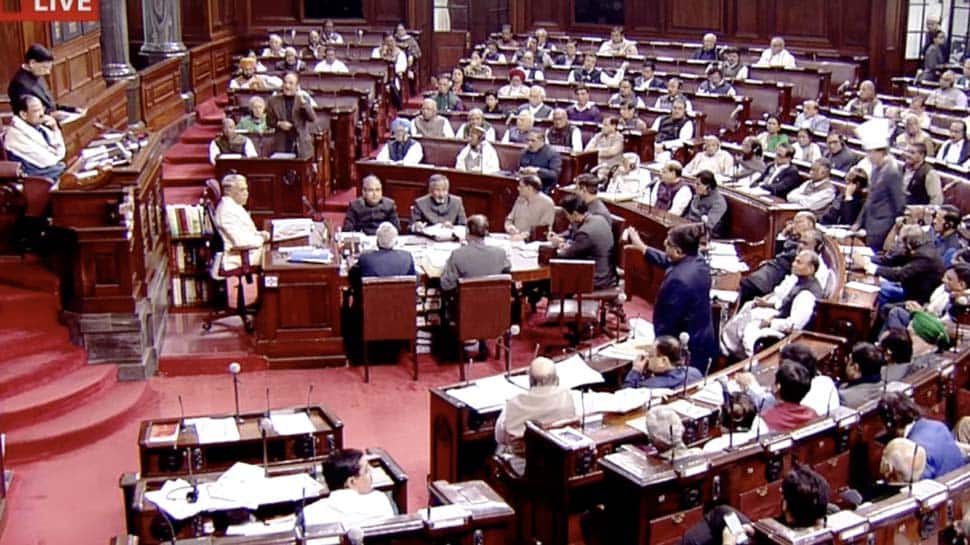 Rajya Sabha on Wednesday evening passed the Citizenship Amendment Bill (CAB) 2019 with 125 votes in favour and 99 against it. The Bill will now need President Ram Nath Kovind’s nod to become a law. The CAB will give Indian citizenship to refugees from Hindu, Christian, Sikh, Buddhist and Zorastrian communities fleeing religious persecution from Pakistan, Afghanistan and Bangladesh who entered India on or before December 31, 2014.

After a six-hour debate, 124 members of the Rajya Sabha voted against sending the Bill to a select committee, as demanded by several Opposition leaders. The Bill was passed with a thumping majority in the Lok Sabha on Monday (December 9) after several hours of intense debate with 311 MPs voting in its favour and 80 against it.

Moments after the passage of the Bill, Prime Minister Narendra Modi called it a landmark day for India, adding that the Bill will alleviate the suffering of those who faced persecution for years. "A landmark day for India and our nation’s ethos of compassion and brotherhood! Glad that the #CAB2019 has been passed in the #RajyaSabha. Gratitude to all the MPs who voted in favour of the Bill. This Bill will alleviate the suffering of many who faced persecution for years," tweeted PM Modi.

Making his final remarks on the debate, Shah said the Bill doesn't snatch anyone's Indian citizenship, and that Indian Muslims "have no need to fear or worry". Shah had tabled the Bill in the House at noon amid strong protests by opposition and several groups in North East and other parts of the country. He said that the Muslims in India don’t need to fear about the Bill, but Muslim refugees from Afghanistan, Pakistan and Bangladesh will not be given citizenship in India.

The Home Minister said, “Muslims of India were, are and will remain Indian Citizens.” He further clarified that the legislation provides hopes for lakhs of people who are living with no permanent residency in India, adding "This bill will provide the persecuted a chance to provide for their families. People of the country have supported the legislation."

Amit Shah said that he wants to tell those who are accusing us of vote-bank politics that BJP mentioned this bill in its election manifesto and people of the nation have extended their support.

Ahead of the voting, Shiv Sena had staged a walkout from the Rajya Sabha. Rajya Sabha MP and Shiv Sena leader Sanjay Raut asserted that the party has boycotted the voting. Earlier he had said that he doesn't need a certificate of patriotism from anyone, adding, "The school in which you study, I am Headmaster of that. The Headmaster of our school was Balasaheb Thackeray. Atalji was also there. Syama Prasad Mukherjee was also there. We respect all of them."

Congress MP Kapil Sibal said that the Bill will make the two-nation theory, which was perpetrated by Vinayak Damodar Savarkar, a reality. Speaking in the Rajya Sabha, Sibal also attacked Shah for alleging that the two-nation theory was floated by the Congress and said that it was Hindu ideologue, who introduced the theory, which led to the partition. Taking a jibe on Shah, he said, "I don`t understand which history books the Home Minister has read. The two-nation theory is not our theory. It was perpetrated by Savarkar. I request the Home Minister to withdraw that allegation because we in the Congress believe in that one nation. You don`t believe in that," he added. The Congress leader said that the BJP has "no idea of India" and "cannot protect the idea of India".

During the debate over Citizenship Bill, Congress leader Anand Sharma said that the bill is "an assault on the very foundation of the Indian constitution, it is an assault on the Republic of India," adding "It hurts the soul of India. It is against our constitution and democracy. It fails the morality test.”

Earlier, Rajya Sabha Chairman Venkaiah Naidu allotted six hours to the House to discuss the CAB. Notably, the Rajya Sabha TV briefly stopped the telecast of proceedings when opposition members heckle Amit Shah over his claims of protecting interests of the people of Assam.