RSS chief Mohan Bhagwat Friday said the Ayodhya issue was at a decisive stage, suggesting that those campaigning for the construction of a Ram temple should wait it out for a few months. 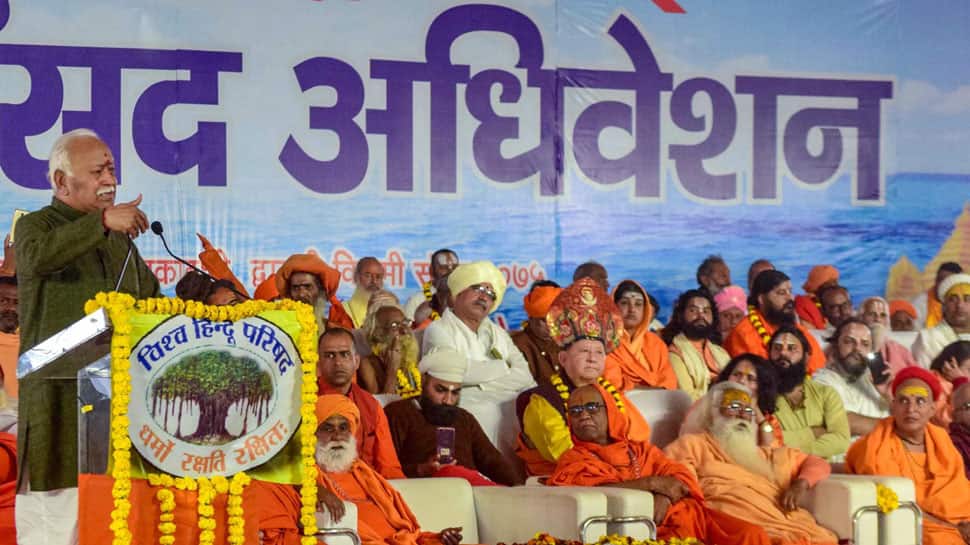 Allahabad: RSS chief Mohan Bhagwat Friday said the Ayodhya issue was at a decisive stage, suggesting that those campaigning for the construction of a Ram temple should wait it out for a few months.

"The Ram temple is on the verge of being built. So we must tread cautiously," he said on the final day of the Vishwa Hindu Parishad's conclave at the Kumbh Mela in Allahabad.

The Rashtriya Swayamsevak Sangh chief added that those campaigning for the temple must not get diverted from their goal. He said people should be made aware of the issue and, if needed, there should be an expression of anger.

He suggested it may be alright to watch developments for up to about six months, but after that ''we all should ensure" that the construction begins.

Bhagwat praised the BJP-led government for bringing a Bill in Parliament to help non-Muslim minorities from neighbouring countries to seek Indian citizenship.

He said any agitation for the Ram temple will have an impact on the scene ahead of the Lok Sabha polls.

People will say they should elect those who will construct the temple, he said but added that it should not be built just to please voters.

The Ram temple at the disputed Ayodhya site was on top of agenda of the two-day 'dharm sansad', the religious council which on Friday was presided over by Ram Janmabhoomi Nyas head Mahant Nritya Gopal Das.

The VHP meeting comes days after the Centre filed a petition in the Supreme Court seeking permission to transfer the 'surplus' land adjacent to the Ram Janmabhoomi-Babri Masjid site to its original owners.

Referring to the petition, the RSS chief said the government has made its intentions clear.

An earlier meeting at Kumbh Mela, by another set of seers, had taken a tougher stand on the construction of the temple.

In that gathering on Wednesday, Puri Shankaracharya Swami Swaroopanand Saraswati had called for a ceremony at the disputed site on February 21 to mark the beginning of construction of the temple.