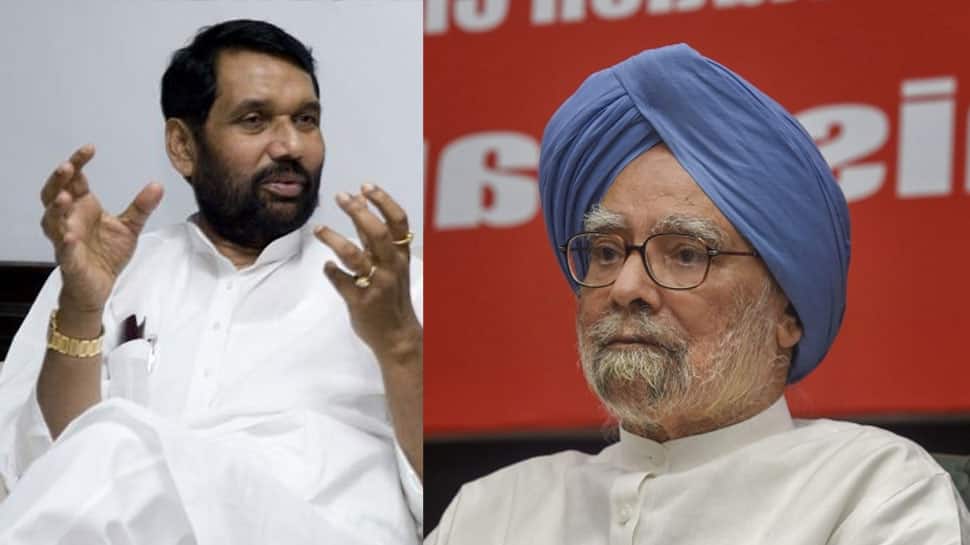 NEW DELHI: Taking a dig at the Congress, Union Minister and Lok Janshakti Party (LJP) chief Ram Vilas Paswan has said that all former prime ministers from the main opposition party belonged to the Upper castes except Dr Manmohan Singh.

The LJP leader made these remarks while referring to a question on the objections raised by several parties to upper caste reservation bill recently cleared by the Parliament.

Paswan, however, said that he was not very sure which caste Dr Singh belongs to.

"All the Prime Ministers from Congress party, barring Manmohan Singh as I don`t know what caste he belongs to, belonged to the upper castes. Why did they never think of bringing in reservation for the poor 'savarnas'?" Paswan said.

He made these comment when asked about the Constitution (124th Amendment) Bill, which provides 10 percent reservation in education and government jobs to economically-weaker sections of general category.

The Parliament had on Wednesday approved an amendment to the Constitution to make economically-weaker sections of general category eligible for 10 per cent reservation in education and government jobs.

The Constitution (124th Amendment) Bill, 2019 bill was approved by the Rajya Sabha with 165 votes in favour and seven against after a day-long debate, a day after the Lok Sabha passed it with 323 votes against 3 votes.

The provision will become law once President Ram Nath Kovind signs it.