A massive tumour weighing six kilos was removed from a patient in a complex surgery at a hospital in New Delhi. 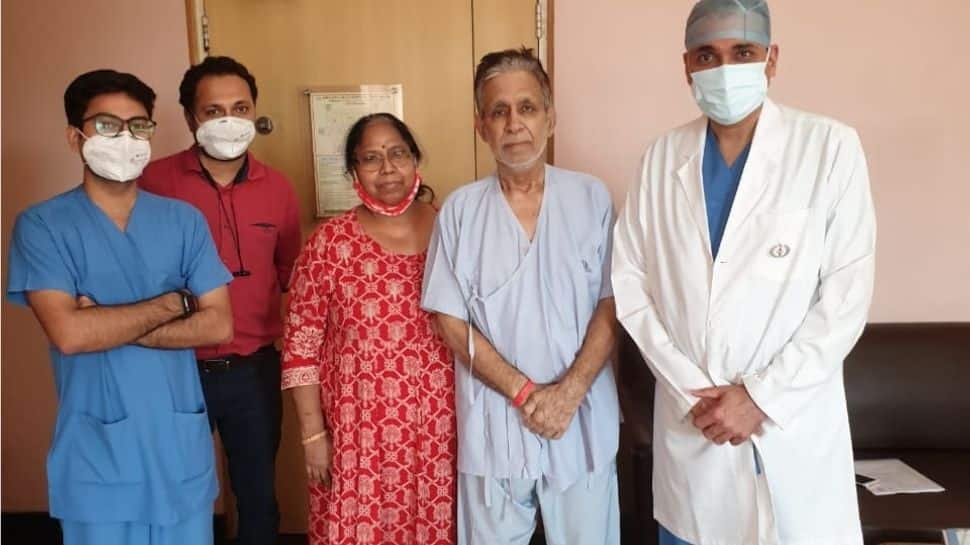 New Delhi: A 65-year-old patient with CAD (Triple vessel disease) got a new lease of life after a massive tumour weighing six kilos was removed in a complex surgery at a hospital in New Delhi, officials said on Friday (August 6).

In the CT scan, a large, encapsulated mass was seen extending from left hemidiaphragm to left iliac fossa.

Dr Saumitra Rawat, Chairman and Head of Department of Surgical Gastroenterology and Liver transplantation at Sir Ganga Ram Hospital (SGRH) said a "multi-disciplinary team" approach was used to work up the patient for the complex surgery including Cardiologist, Anaesthetist and ICU. He was optimized by a cardiologist before the surgery.

"This tumour had grown so huge that it involved pancreas, large bowel and spleen. It was also compressing other structures of his abdomen including his left kidney, adrenal, stomach and small bowel," the official statement said.

“The most complex part of the surgery was to remove the tumour completely, so it involved taking part of pancreas, spleen and part of large bowel and then anastomosing or joining the large bowel. Considering his age and other comorbidities and to achieve it the team had to conduct this surgery with absolute perfection," the statement said.

Dr Saumitra Rawat, the chief surgeon in the case, said, "This tumour was pleomorphic liposarcoma (kind of cancer) which was fully removed with all margins clear. Pleomorphic Liposarcoma is rarest subtype of liposarcoma in abdomen. Despite his comorbidity and age, patient recovered fully and has been discharged from the hospital.”