Union Minister Ravi Shankar Prasad attacks Rahul Gandhi for being in a celebratory mood at the time when India stands pained by China's decision to block Masood Azhar's name at UNSC. 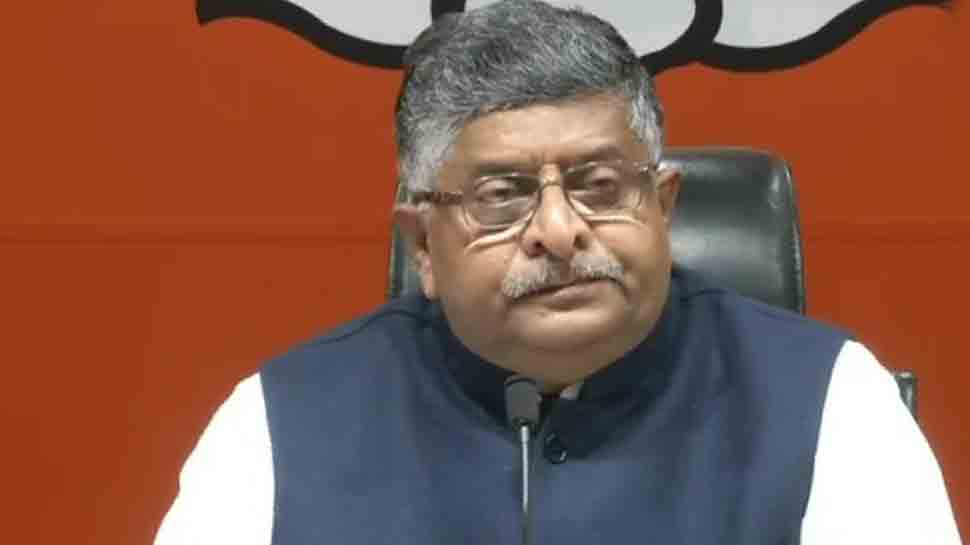 Prasad, who was speaking at a press conference in the national capital, said, "Rahul Gandhi, you can't decide foreign policy through Twitter. The foreign diplomacy is a serious issue which cannot be determined through tweeting."

"You accused Prime Minister Narendra Modi's foreign policies but did not mention anything against China. Why are you in a celebratory mood when at the time India stands pained by China's move to clock Azhar's name at the UNSC. I know your tweets are becoming a headline in Pakistan and this makes you very happy," he said.

Weak Modi is scared of Xi. Not a word comes out of his mouth when China acts against India.

1. Swing with Xi in Gujarat

Slamming Rahul Gandhi for his ignorant behaviour on diplomatic matters, Prasad said, "Rahul doesn't read much. We had hoped that with so much experience in Congress, he would've given good advice on foreign matters. But, his tweet must have become a headline in Pakistan today."

He also questioned Rahul Gandhi about his stand when China in 2009, during the UPA government tenure, had for the first time blocked JeM chief Masood Azhar from getting listed as the global terrorist at UNSC. "Did you comment then?" Prasad asked Rahul.

Taking a swipe at Rahul for sharing 'great relations' with China, Prasad said, "You spoke to Chinese envoy on Doklam standoff and you also met Chinese officials during your Mansarovar visit. Why don't you use your proximity to persuade China to take a stand against Masood Azhar."

"Would Congress adopt a different voice even in case of a cruel killer and a global terrorist Masood Azhar?" he said.

India's effort to designate the Pakistan-based terror group Jaish-e-Mohammed's chief Massod Azhar as an international terrorist faced a setback after China placed a technical hold on a proposal to ban him.

The proposal to designate Azhar under the 1267 Al Qaeda Sanctions Committee of the UNSC was moved by France, the UK and the US on February 27, days after a suicide bomber of the JeM killed 44 CRPF soldiers in Jammu and Kashmir's Pulwama, leading to a flare-up in tensions between India and Pakistan.