The government has decided to give 5G Spectrum for the trial to all operators in the country, he said, adding "This may take few years to launch it fully all over the country." 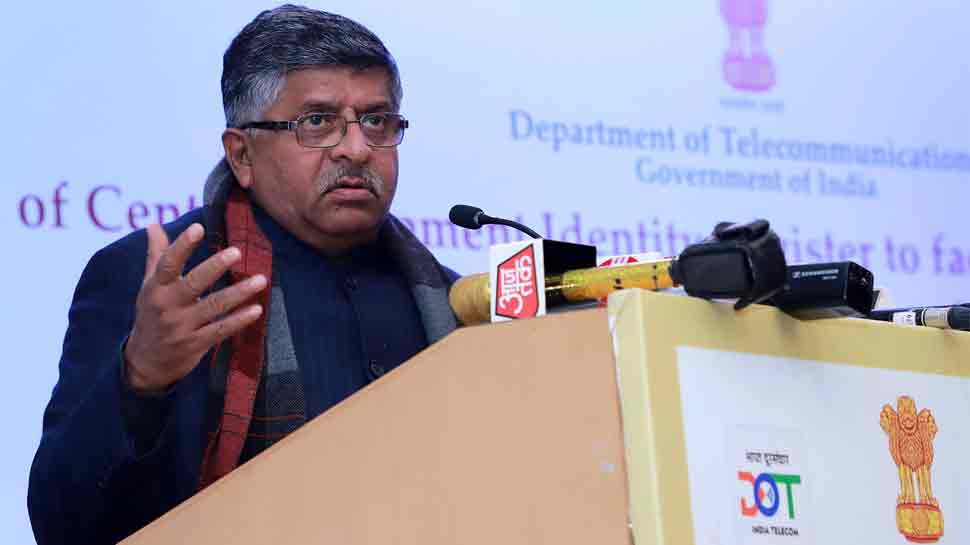 Prasad said that the Mobile Security should be our National Priority because the mobile handset became an important tool for all online activities while addressing the gathering, after launching the web portal.

The government has decided to give 5G Spectrum for the trial to all operators in the country, he said, adding "This may take few years to launch it fully all over the country."

He further said that while we exploit use and make optimum involvement of technology for development the equally smart criminals induce technology for their own end, adding "we need a technology that safeguards our interests."

Addressing the gathering, Anil Baijal, Lt. Governor of NCT of Delhi, said that in the NCR Delhi itself the mobile theft cases are increasing to the tune of 40,000 cases per year, and there should be a mechanism to address this problem.

He requested the Minister for Communication to consider the integration of the Zonal Integrated Police Network (ZIPNET) with the CEIR for better functioning.

The Secretary, Telecom and the Chairman, Digital Communications Commission, Anshu Prakash said that the Tele-density in the country has increased to 242 mobiles for 100 populations and the mobile handset became a means to fulfill all day-to-day requirements. Therefore, securing mobile with a system is the need of the hour.

Notably, International Mobile Equipment Identity (IMEI) is supposed to be a unique identity of a mobile phone device. A phone with one/two slots of SIM Card is programmed with one/two IMEI numbers as the case may be. IMEI number being programmable, some miscreants do reprogram the IMEI number, which results in the cloning of IMEI causing multiple devices with the same IMEI number.

As on date, there are many cases of clones/duplicated IMEI handsets in the network. If such IMEI is blocked, a large number of mobile phones will get blocked being handsets with the same IMEI causing inconvenience to many genuine customers. Thus, there is a need to eliminate duplicate/fake IMEI mobile phones from the network.

The project called Central Equipment Identity Register (CEIR) system has been undertaken by the DoT for addressing security, theft and other concerns including reprogramming of mobile handsets.

The new project will facilitate Delhi customers in the following way: