The spiritual leader in a video message from his abode asked his followers that it was not possible for a large number of people to hold a big celebration because of restrictions due to the pandemic. 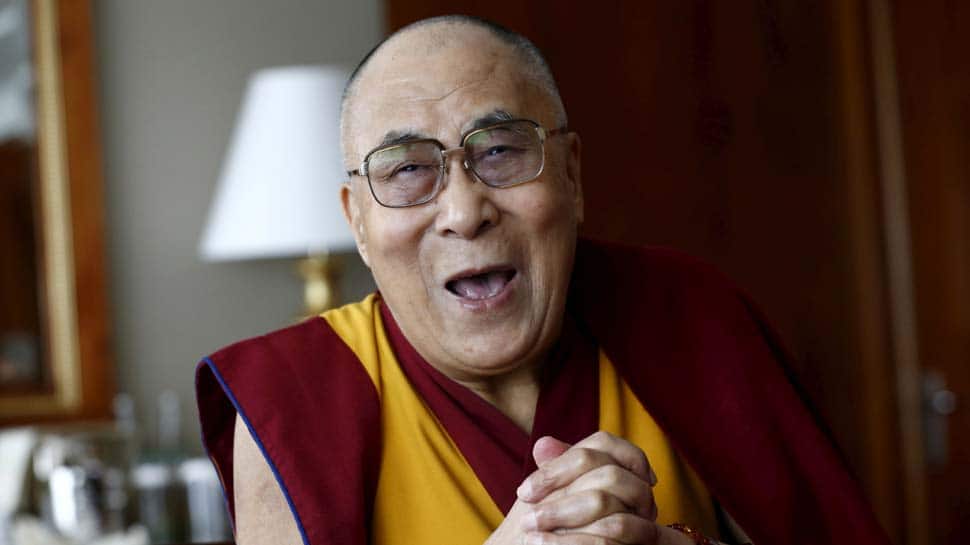 "And it is not necessary either. However, if you want to celebrate my birthday, I would like to ask you to recite the Mani mantra (Om Mani Padme Hung), at least a thousand times. The reason for my asking this is that we Tibetans have a unique connection with Avalokiteshvara," he said.

"After we came into exile in India, and after I settled here in Dharamsala, the statue of Chenrezig Wati Sangpo was brought to me here from western Tibet," the spiritual leader said. When the monks of the Dzongkar Chode Monastery were moving from Dharamsala to southern India I did dough-ball divination to whether the statue should go with them or remain here with me," he further said.

"The result indicated that Wati Sangpo preferred to stay here with me -- so I serve as his caretaker. There is something special about this Wati Sangpo such that I sometimes feel he smiles at me. Since the altruistic awakening mind of bodhichitta is my principal practice, Wati Sangpo is like my refuge, protector and guardian. Therefore, as I often say, Avalokiteshvara is my boss and I am his messenger, he added.

"If you then recite his mantra (Om Mani Padme Hung) a thousand times, it will be beneficial. With that practice you will create some roots of virtue that you can dedicate for me -- Avalokiteshvara`s messenger -- to live for 108 or 110 years or so. May everyone be happy and well," the Nobel Peace laureate added.

Donning traditional dresses, a select few monks joined the 85th birthday celebrations of their spiritual leader at the main temple Tsuglakhang in Dharamshala. "Special prayer sessions were held for the long life of His Holiness in which only the monks participated," news agency IANS quoted a Central Tibetan Administration (CTA) spokesperson. He said there was no public gathering and no CTA official attended it. All participated in the prayers virtually.

Born on July 6, 1935, at Taktser hamlet in northeastern Tibet, the Dalai Lama was recognised at the age of two as the reincarnation of the 13th Dalai Lama, Thubten Gyatso. He fled Tibet after a failed uprising against the Chinese rule in 1959. Since then, he has spent his time in exile pushing for autonomy for Tibet.

The Dalai Lama was awarded the Nobel Peace Prize in 1989 for his non-violent campaign for democracy and freedom in his homeland. However, the Chinese view him as a hostile element bent on splitting Tibet from China.