Minutes after being released from detention after seven months, former Jammu and Kashmir chief minister Omar Abdullah on Tuesday (March 24) urged the BJP-led government at the Centre to release other detained leaders and restore Internet facilities in the newly-formed Union Territory. 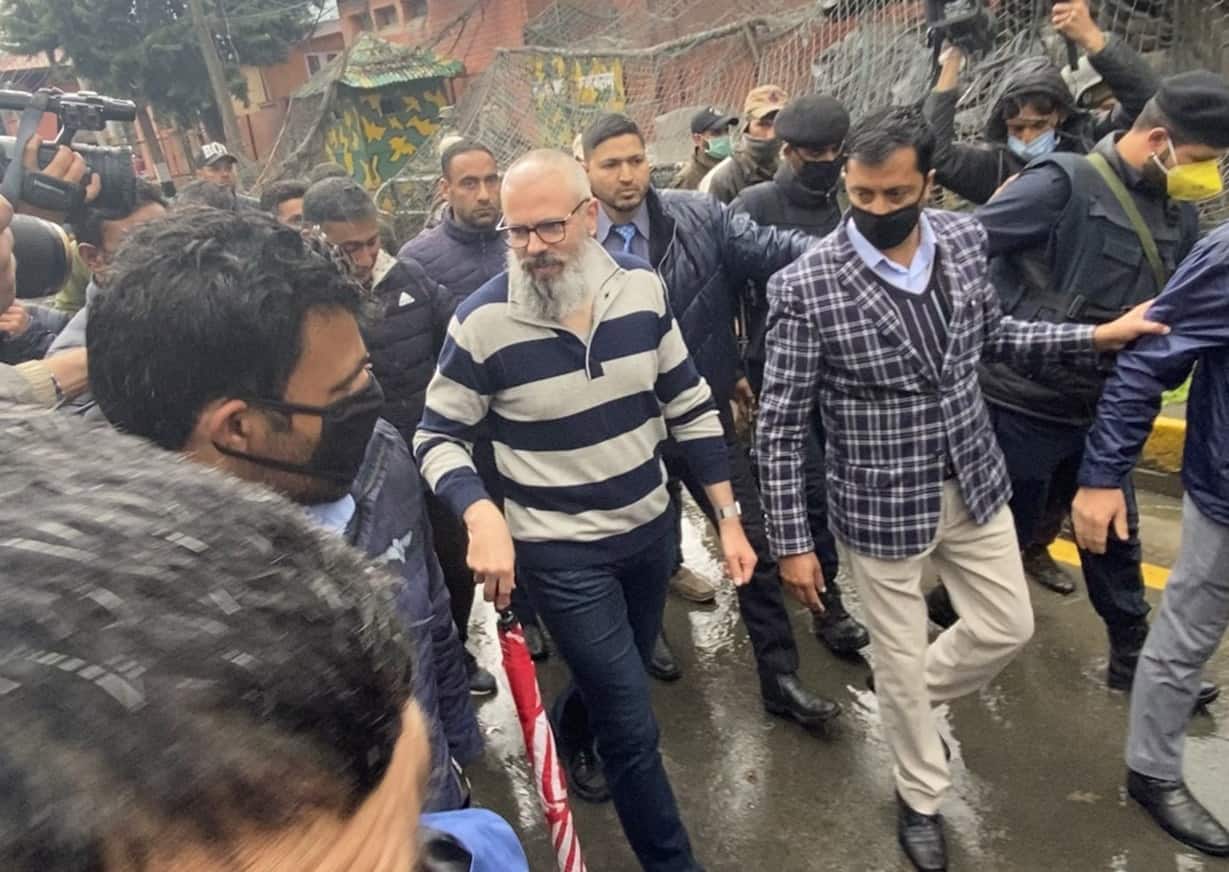 Minutes after being released from detention after seven months, former Jammu and Kashmir chief minister Omar Abdullah on Tuesday (March 24) urged the BJP-led government at the Centre to release other detained leaders, including PDP chief Mehbooba Mufti, and restore Internet facilities in the newly-formed Union Territory.

Talking to media after arriving at his Hari Niwas residence at Gupkar Road in Srinagar after the Jammu and Kashmir administration revoked the Public Safety Act (PSA) order against him, the National Conference leader said that he would talk about Article 370 and its impact in the region in detail after some time.

"Today, I, realise that we are fighting a war of life and death. All our people who have been detained should be released at this time. We must follow govt orders to fight Coronavirus," said the former Jammu and Kashmir chief minister.

Booked under the stringent Public Safety Act (PSA), Omar Abdullah has been kept under detention ever since the Centre abrogated Article 370 that gave special status to erstwhile state of Jammu and Kashmir on August 5, 2019.

Omar Abdullah's sister Sara Pilot had filed a Habeas Corpus plea in the Supreme Court seekign his release and while hearing the plea on March 18, the apex court ordered the counsel appearing for Jammu and Kashmir administration to take instruction and inform the top court about government's plan to release the former Jammu and Kashmir chief minister.

It may be recalled that Omar's father and NC chairman Farooq Abdullah was released from house arrest on March 16. Farooq had been under house arrest since September 15, 2019, almost a month after the Centre scrapped Article 370 and bifurcated Jammu and Kashmir into two Union Territorie - Jammu and Kashmir and Ladakh.

Coronavirus COVID-19 threat should have been taken seriously: Rahul Gandhi