Remains of over 100 dogs found in Maharashtra's Girda forest

It is being said prima facie the dogs may have been killed by strangulation. That their paws were tied, however, had led to several questions. The sheer number of dead dogs found has also flummoxed cops. 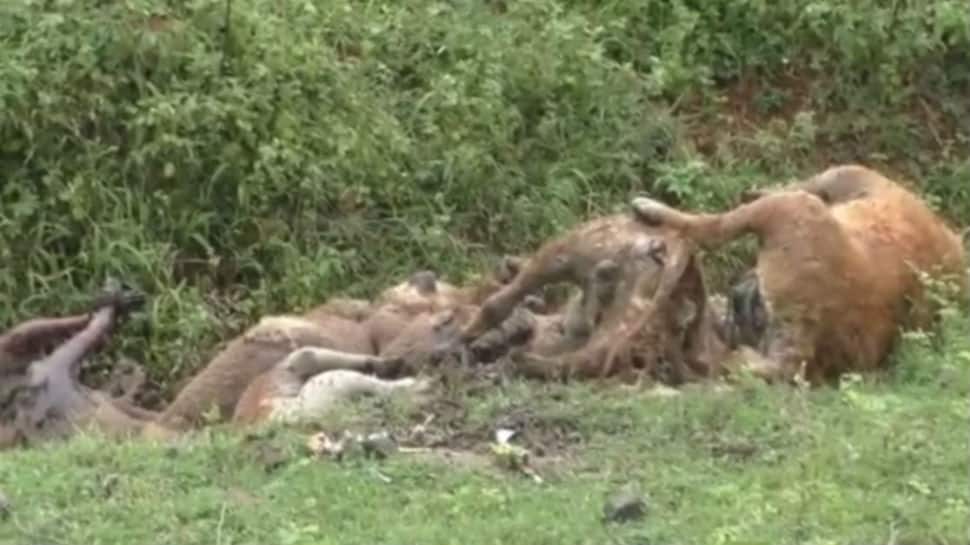 In a shocking incident, the remains of more than 100 dogs were found in the forests of Girda in Maharashtra's Buldhana district.

It is reported that the rural police in Buldhana received a phone call last Friday (September 6) that dogs were killed and the remains were thrown in the Girda forest. The cops were told that an estimated 100 dead dogs had been spotted. When the cops reached the area, they located the remains and further investigations revealed that the front paws of all the dead dogs had been tied. Since the remains were found in a forest, it is also reported that the local cops and forest officials sparred over who had jurisdiction in the matter. Eventually, on Monday (September 9), the cops sent the remains for post-mortem. The report is awaited.

It is being said prima facie the dogs may have been killed by strangulation. That their paws were tied, however, had led to several questions. The sheer number of dead dogs found has also flummoxed cops.

The Girda forest is spread over 40 kilometres and apart from lakhs of trees, is home to Bears, Tigers and Cheetahs.

Locals, in hushed tones, say this is not the first time that dead remains have been found in the forest. They claim that even human remains have been spotted and recovered from here several times in the past. They add that local police officials shirk responsibility by saying that it is a matter for forest officials to look into.