Respond to each and every question raised on Kashmir restrictions: Supreme Court tells Jammu and Kashmir administration

A three-judge SC bench led by Justice NV Ramana told Solicitor General Tushar Mehta that petitioners raising objections over the Centre's move to impose restrictions in the region have submitted their arguments in detail and the Jammu and Kashmir administration will have to respond to each and every question. 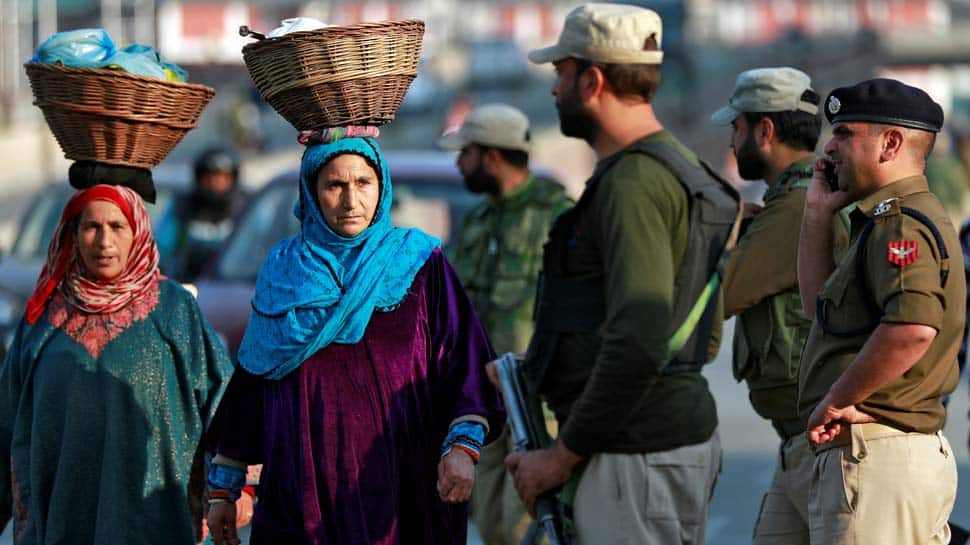 The Supreme Court on Thursday (November 21) told the Jammu and Kashmir administration that it will have to answer every question related to the restrictions imposed by the Centre in the erstwhile state after the scrapping of Article 370 on August 5.

A three-judge SC bench led by Justice NV Ramana told Solicitor General Tushar Mehta, who represented the Jammu and Kashmir administration before the apex court, that petitioners raising objections over the Centre's move to impose restrictions in the region have submitted their arguments in detail and the Jammu and Kashmir administration will have to respond to each and every question.

"Mr. Mehta you have to answer each and every question raised by the petitioners who have argued in detail. Your counter affidavit does not help us to come to any conclusion. Don't give the impression that you are not giving enough attention to the case," said the bench, comprising Justices R Subhash Reddy and BR Gavai.

For his part, Solicitor General Mehta defended the J&K administration saying most of the averments made by the petitioners on restrictions are "incorrect" and he will give answers to each and every questions during his argument in the SC.

Mehta also informed the top court that he has a status report with him but he is yet to file the report as the situation in Jammu and Kashmir is changing every single day.

The Solicitor General stressed that it is the duty of the government to ensure safety of citizens and the restrictions were imposed only to stop disruptive forces from creating trouble in the region.

Mehta raked up the issue of violent incidents that took place in Jammu and Kashmir to buttress his claim that it was necessary to abrogate Article 370 to maintain peace in the region. SG Mehta remarked that 116 pro-people legislations were now applicable in Jammu and Kashmir adding that no petitioner had ever approached the court for making the Right To Education applicable to the erstwhile state but they have approached the court for Internet Rights.

Mehta also said that all newspapers are being published and radio and TV broadcasts are aired from Srinagar. He claimed that the government never ordered to shut down schools in the region and 100% of schools have reopened from September 27.

Claiming that the situation is completely normal in Kashmir, SG Mehta said that tourists are arriving regularly in the region. He said that sround seven lakh OPD patients have received treatment in hospitals which shows that the government has not confined people to their homes.