Restrictions lifted in Jammu, being eased out elsewhere: J&K ADGP

The top cop also said that the ground situation in the whole of J&K is under control. 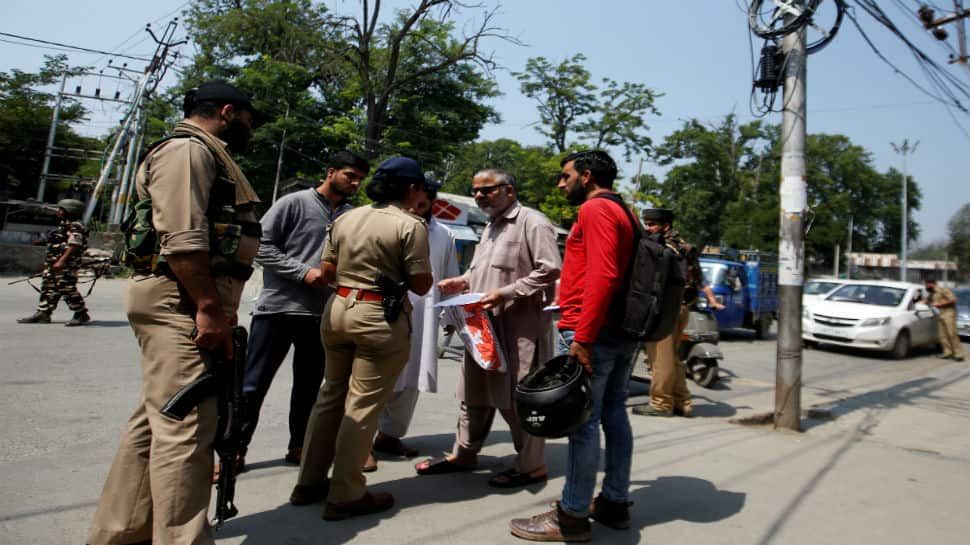 Munir Khan, the Additional Director General of Police in Jammu and Kashmir, said on Wednesday that restrictions have been lifted in Jammu and are being eased out elsewhere in the union territory.

At a press conference, Khan said that further relaxations have been given in a large number of areas till Wednesday afternoon. He also said that while minor incidents were reported in the day, the local administration handled these while the overall situation has remained normal.

The top cop also said that the ground situation in the whole of J&K is under control. He then elaborated that while restricts have been listed in Jammu division, some restrictions remain in the Kashmir division. "Restrictions are imposed after assessing the situation of a particular area. Relaxations are also given after assessing the situation. Our focus presently is on August 15 (Independence Day) and all arrangements are in place for peaceful celebrations," he said.

Asked about fake or old videos being circulated which show unrest, Khan said that all measures are being taken against such malicious propaganda. He also said that while some minor local incidents in Srinagar and other areas, these were dealt with locally. "Our biggest endeavour is that there has been no civil casualty. We avoid casualty, whether it is an anti-terror operation or a local situation," he said.

The administration has said that the biggest achievements so far has been that not a single bullet has been fired anywhere in J&K since Article 370 was revoked. Eid celebrations were held in a harmonious and peaceful manner while no efforts are being spared for a similar celebration on the occasion of Independence Day.