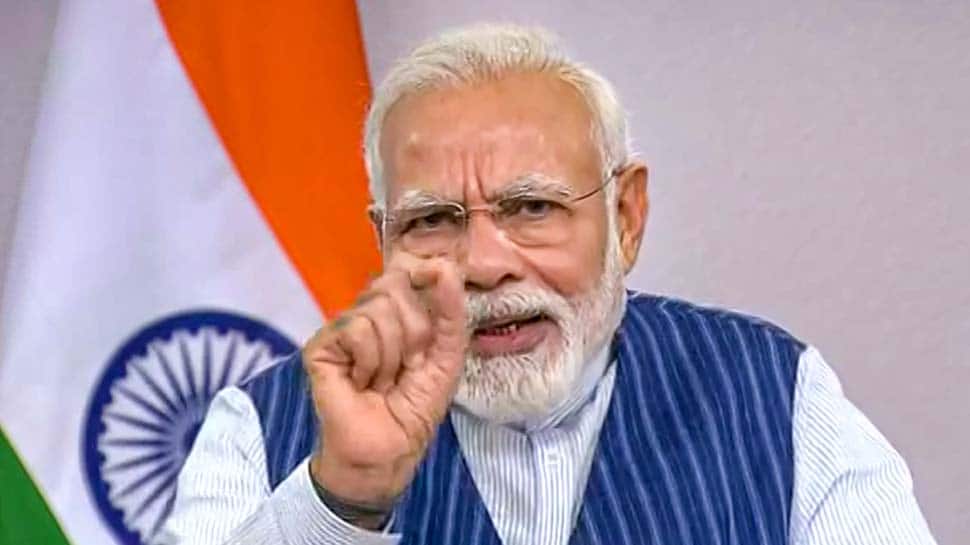 During his interaction with Diwekar, the PM revealed his fitness mantra and mentioned his special recipe thus giving a sneak peek on what he eats to keep himself healthy. PM Modi discussed the Fit India campaign with Diwekar. She said that one can stay fit even after taking the normal food at home, instead of eating from packets, as it contains all the required nutrients. PM Modi lauded her 'eat local, think global' mantra.

PM Modi said, "Fitness is the key to competition." He added that during the coronavirus COVID-19 times fitness has got a new definition and it has become a people`s movement, necessary for every age group. "Fitness ki dose aadha ghanta roz" (A dose of fitness for half an hour daily)", the PM said. He said a family which plays and exercises together has an emotional bonding which has been proved during COVID-19 times.

As the talks were going on regarding the healthy food, the PM said 'I too have a recipe'. He revealed on his take on a healthy diet that includes the drumstick flatbread (moringa paratha). The PM said that he takes the paratha weekly as it has nutritional value.

On her turn, famous nutritionist Rujuta Diwekar urged people to stick to simple food. “We should not lose health, but weight. We should eat home-made food and avoid packaged food. This is the secret to good health,” she said.

A brainchild of PM Modi, the Fit India Dialogue is yet another effort to involve citizens of the country to draw out a plan to make India a fit nation.

Since its launch last year, various events had been organised under the aegis of the Fit India Movement like the Fit India Freedom Run, Plog Run, Cyclothon, Fit India Week, Fit India School Certificate and various other programmes.

During our interaction, @RujutaDiwekar elaborated on ‘eating local, thinking global’ and why we must be proud of our local culinary traditions. She also had lots to say on eating well, remaining healthy and more... #NewIndiaFitIndia pic.twitter.com/tLozxU3GyF

These events witnessed the enthusiastic participation of people from all walks of life and from across the country.

In times of COVID-19, fitness has become an even more important aspect of life, and this dialogue will see a timely and fruitful conversation on nutrition, wellness and various other aspects of fitness, an official statement released by the Prime Minister's Office (PMO) on Tuesday said.

The PM also launched the ‘Fit India Age Appropriate Fitness Protocols’ during the online Fit India Dialogue 2020. During the event, the Prime Minister also shared his thoughts on the virtues of a healthy life at the event. The PM also shared a video of his interaction with the noted fitness enthusiasts on his Twitter handle.

The PM also interacted with paralympic javelin gold medallist Devendra Jhajharia and footballer from Jammu and Kashmir Afshan Ashiq were the first ones to speak at the event. Jhajharia stressed on the importance of not giving up in the face of hardships and Ashiq said she ensured her physical fitness by waking up early and working out to become an inspiration for all women of the country.

Milind Soman said walking for hundreds of kilometres was not a difficult task if one had the mental strength to do it. ‘Fitness knows no limit,’ he said.