Revealed: Radhe Maa’s ‘rasleela’ a result of her bipolar disorder 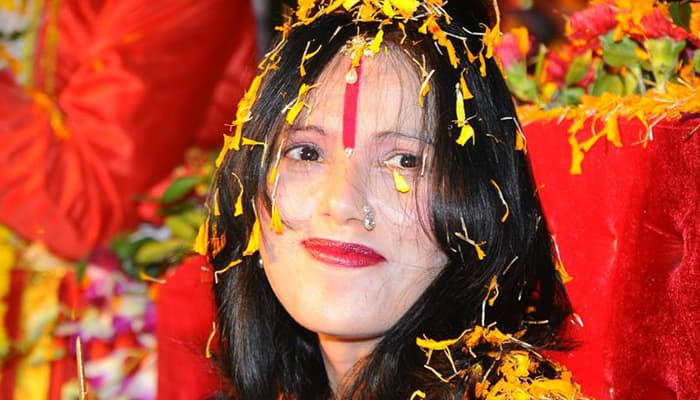 Controversial self-styled godwoman Radhe Maa alias Sukhwinder Kaur had recently revealed in a series of television interviews that she was suffering from some mental illness and was also taking medicines prescribed by psychiatrists.

Since her appearance in television interviews on several channels, speculations had been rife about her illness.

The investigation team of Zee Media has found out the real disease that the self-styled godwoman has been suffering from.

The sudden dancing, singing, laughter and cries of Radhe Maa are not because of the “rasleela” that she claims. In fact, it is a result of a chemical imbalance in her brain, which is commonly known as bipolar disorder.

This disease controls the mood of a person. A person suffering from bipolar disorder experiences sudden changes in mood. They might be highly elated in one moment, and absolutely gloomy in the next moment.

Apart from this, Sukhwinder Kaur is also suffering from border line personality disorder. A person suffering from this usually does not regret any of his/her action. In most cases, the symptoms are evident since the childhood of the person.

This clearly reveals that Kaur believing herself to be Radhe Maa is no miracle or “rasleela”, but an illness that she is suffering from. Though it’s practically impossible to get rid of these illnesses, but they can certainly be controlled with medicines suggested by psychiatrists.

When Zee Media tried to get in touch with Radhe Maa and ask her about her illness, she claimed that she was “fit and fine”.