The technology used in actual Maglev Train is currently only with Japan and China with even the US far from achieving it. 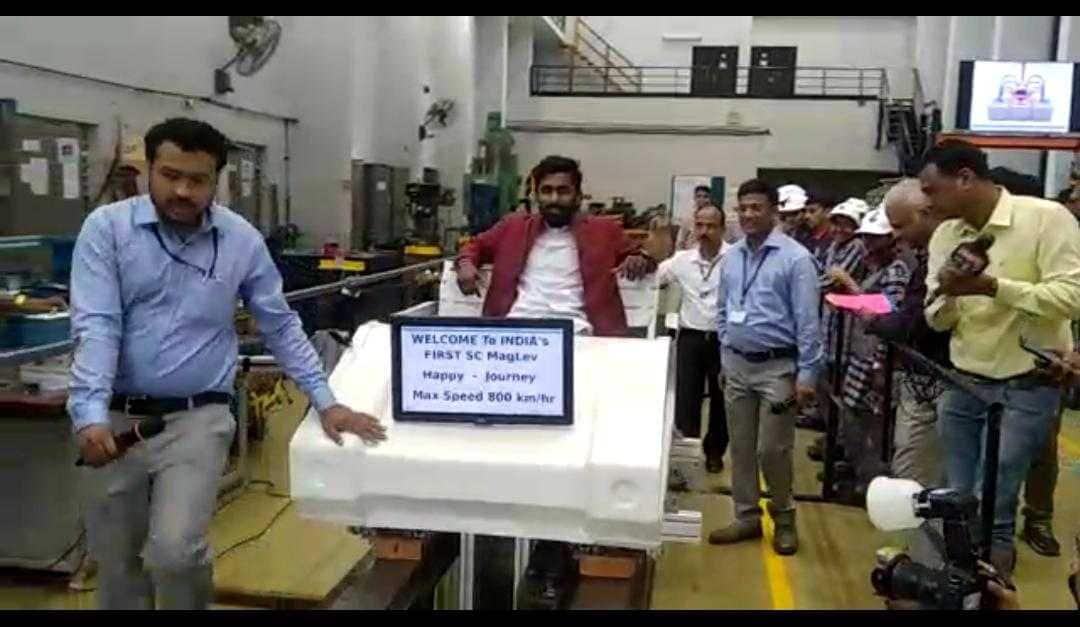 After Japan and China, the model of Maglev Train, which runs at 600 kilometers per hour, has been made in India. It has been prepared in Indore's Advanced Technology Center.

Although the day such a train can transport Indians may still be far into the future, the model itself is a major attraction at Indore's Raja Ramanna Centre for Advanced Technology (RRCAT). Developed by RNS Shinde, a scientist at RRCAT, who led a team of 50 people for close to 10 years, the model closely follows the actual Maglev Train principal of using magnets to run off the tracks.

The technology used in actual Maglev Train is currently only with Japan and China with even the US far from achieving it. In the model at RRCAT, the super conductor is made by liquid nitrogen and the magnetic field generated is used to propel the test train. In simple terms, this train has no surface contact and runs in thin air due to magnetic field.

The model was presented before school children on World Scientist Day and has since attracted many visitors.

It is reported that many international research agencies worldwide have contacted RRCAT after the scientists here showcased the technology. It, however, is not clear if and how the government would make use of the technology in the coming years to revolutionize rail transport services in the country.