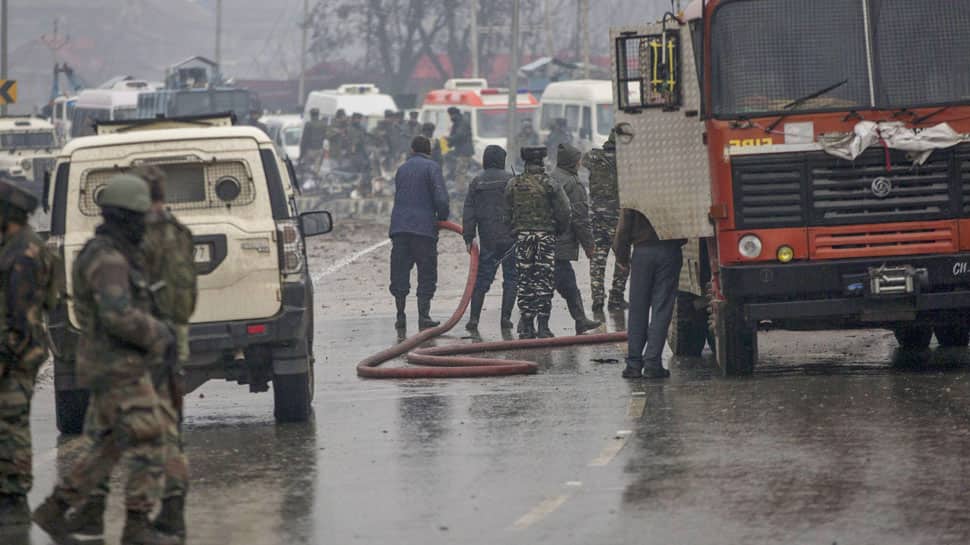 NAGPUR: Condemning the cowardly terror attack on CRPF personnel in Jammu and Kashmir's Pulwama in which 44 CRPF personnel lost their lives, RSS chief Mohan Bhagwat on Thursday said the Narendra Modi government at the Centre must respond to the attack.

Talking to reporters in Nagpur, Bhagwat said, "It is a cowardly act, we strongly condemn it. We expect action in response to this incident." "We have tolerated a lot and are still doing so, as seen from today's incident. They will get a reply (to the attack)," he added.

The CRPF personnel were killed when a Jaish-e-Mohammed terrorist suicide bomber rammed a vehicle loaded with explosives into the bus of soldiers.

Shiv Sena slammed the government saying that the measures taken by the Union government to stop terror attacks in the country were not yielding desired results despite Prime Minister Narendra Modi's assurance to the country.

"This is too painful and disturbing. We pay our respects. But such attacks should not happen. Prime Minister Narendra Modi had said such attacks won't happen again," Shiv Sena spokesperson Manisha Kayande said.

"The language of teaching a lesson to Pakistan was also used (by the BJP-led Union government)....But the efforts are falling short. Intelligence failure is obvious," Kayande added.

Maharashtra Chief Minister Devendra Fadnavis condemned the "cowardly attack" and tweeted, "Deeply pained. Entire Nation stands with the #CRPF family. We salute the supreme sacrifice for the Nation and pray for speedy recovery of the injured ones!"