New hot spots of the deadly virus are also fast emerging in rural areas of Uttar Pradesh. For instance, in UP's Etawah district, 20 per cent of the new confirmed cases have come from migrant labourers. 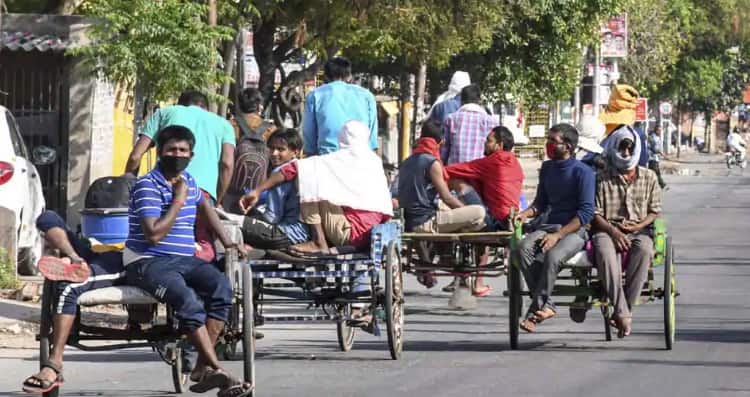 New Delhi: With the nationwide tally of confirmed COVID-19 cases crossing 1.58 lakh on Thursday (May 28), India has become the world's ninth worst-hit country by the deadly virus infection, but the cause of concern is that the rural areas are fast becoming the new hot spots of the novel coronavirus.

In the last 24 hours, the nation has witnessed 6,566 cases, but the worry is that more cases have now started coming to rural areas. The reason being perceived that lakhs of migrant labourers are returning to rural areas carrying the risk of infection.

The migrant labourers constitute 48 per cent of the total population of Delhi, Mumbai, Kolkata, Bangalore Chennai and Hyderabad, according to available data. Notably, most of these hail from states like Uttar Pradesh, Bihar, Jharkhand and Chhattisgarh.

The Union Ministry of Health has also stated that cases of coronavirus are increasing rapidly in these states. Therefore, states have been asked to improve health services.

The latest ministry report has noted that coronavirus infections have been confirmed in 2045 migrant labourers in Rajasthan's rural areas since May 1, and 60 per cent of the new patients are from these workers.

In Bihar too, there have been over 2800 cases of infection and rural areas have a majority share. According to the state health department, since May 3 -- the day after the first Shramik Special trains reached -- 2,168 migrant workers have tested positive till date, which is more than 80 per cent of the around 2,700 cases reported during the period.

So far, only 20 per cent of the total labourers have returned from other states, but now the COVID-19 has spread to almost all the districts in Bihar.

Similarly, new hot spots of the deadly virus are also fast emerging in rural areas of Uttar Pradesh. For instance, in UP's Etawah district, 20 per cent of the new confirmed cases have come from migrant labourers.

In the southern state of Kerala, there are 445 active cases of coronavirus and 85 per cent of these have recently returned from other states.

Statistics show that about 2 to 2.5 crore labourers are expected to return to villages from cities. So far, 120 out of 10 lakh people are expected to be found Corona positive in India, but on this basis, at least 3000 infected persons would be among those returning to rural areas.

Currently, 550 out of 740 districts in India are facing the COVID-19 pandemic and the infection has reached in 180 districts within the last 15 days. Till this Saturday (May 23), rural districts accounted for merely 21 per cent of the total infections in India, but the state governments fear that corona cases will increase more as these workers return to their homes.

Similarly, about 80,000 workers have been returned in Jharkhand and about 1.10 lakh workers in Odisha. However, the deadly virus has spread to about 67 per cent districts of Odisha, while 80 per cent districts in Madhya Pradesh now have COVID-19 patients.

Overall, rural India has now become the new hot spot of the deadly virus and if the health services are not strengthened the situation may become out of control.

IMD forecasts rains over Northwest, central India from May 28 to 31; favourable conditions for Monsoon