Russia has backed India's decision to revoke the special status for Jammu and Kashmir and bifurcating into two Union Territories. 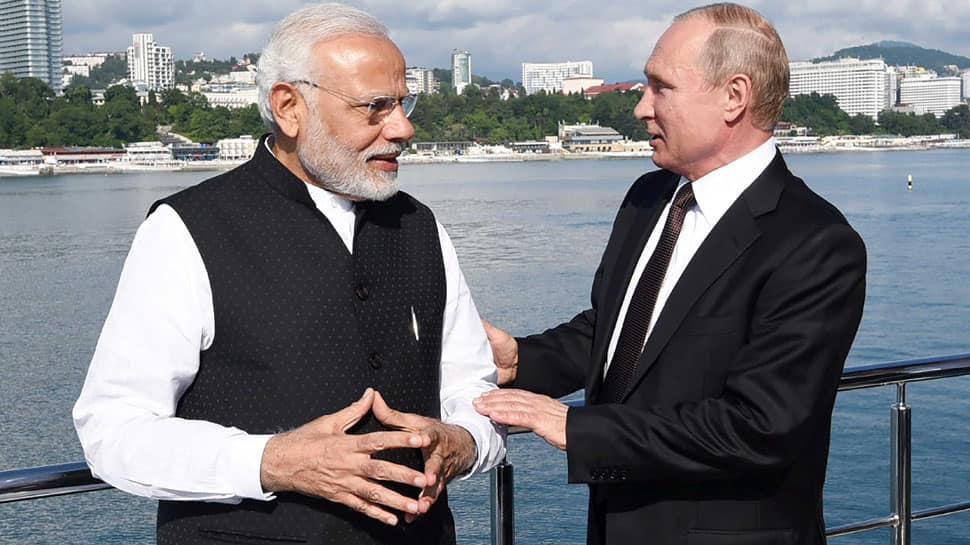 New Delhi: Russia has backed India's decision to revoke the special status for Jammu and Kashmir and bifurcating into two Union Territories.

In response to a question, Russia's Ministry of Foreign Affairs said, "Change in the status of the state of Jammu and Kashmir and its division into two union territories are carried out within the framework of the Constitution of the Republic of India"

Recalling the Simla and Lahore accord, the ministry said, "We hope that the differences between them will be resolved by political and diplomatic means on a bilateral basis in accordance with the provisions of the Simla Agreement of 1972 and the Lahore Declaration of 1999."

Both the agreement call of no third party mediation and resolution of issues between the two South Asian nations bilaterally.

Moscow also hoped that the "parties involved will not allow a new aggravation of the situation in the region as a result of the decisions" and added that Russia is a "consistent supporter of the normalization of relations between India and Pakistan."

So far, Maldives, United Arab Emirates, Sri Lanka, Thailand, Bhutan, Malaysia and Saudi Arabia, US, UN have reacted to India's decision on Kashmir. While Maldives, UAE, Sri Lanka, Bhutan and Thailand have called it an internal matter of India, Saudi and Malaysia have said that India and Pakistan should settle the issues peacefully.

The Maldives, a member of the organisation of Islamic cooperation (OIC), went ahead to say that "we believe that it is the right of every sovereign nation to amend their laws as required."

Taking note of the bifurcation of Jammu and Kashmir and removal of Article 370, UAE envoy to India Dr Ahmed Al Banna called it India's internal matter and said "We expect that the changes would improve social justice and security and confidence of the people in the local governance and will encourage further stability and peace".

New Delhi has welcomed the positive statements by some OIC members with Ministry of External Affairs spokesperson Raveesh Kumar saying, "There is also a greater understanding that the rhetoric of Pakistan is something which has been seen through and has been exposed on many counts."

Sri Lankan Prime Minister Ranil Wickramasinghe in a tweet welcomed the creation of "Ladakh state" which he said will be the first Indian state with a Buddhist majority.

"Ladakh will become an Indian State. With 70% of Ladakh’s population being Buddhist it will be the first Indian state with a Buddhist majority. Creation of Ladakh and consequential restructuring is India’s internal matter, it is a beautiful region well worth a visit," he tweeted.

The United Nations, while appealing for "maximum restraint", recalled the '1972 Agreement on bilateral relations between India and Pakistan, also known as the Simla Agreement, which states that the final status of Jammu and Kashmir is to be settled by peaceful means, in accordance with the Charter of the United Nations.'

Interestingly, the UN did not offer its office for mediation between India and Pakistan, a departure from the past actions.

The UN Security Council president Joanna Wronecka said, no comments in response to question by a reporter on Islamabad trying to raise the issue at the top body of the United Nation.

US was the first country to react and said it has taken note of Indian govt's describing the developments "as strictly an internal matter" and said there has been no policy change by Washington.