Russian Helicopters Holding Company (a part of Russia's state corporation Rostec) and several Indian companies signed Memorandums of Understanding at Aero India 2019 in Bengaluru to produce components for the Ka-226T. 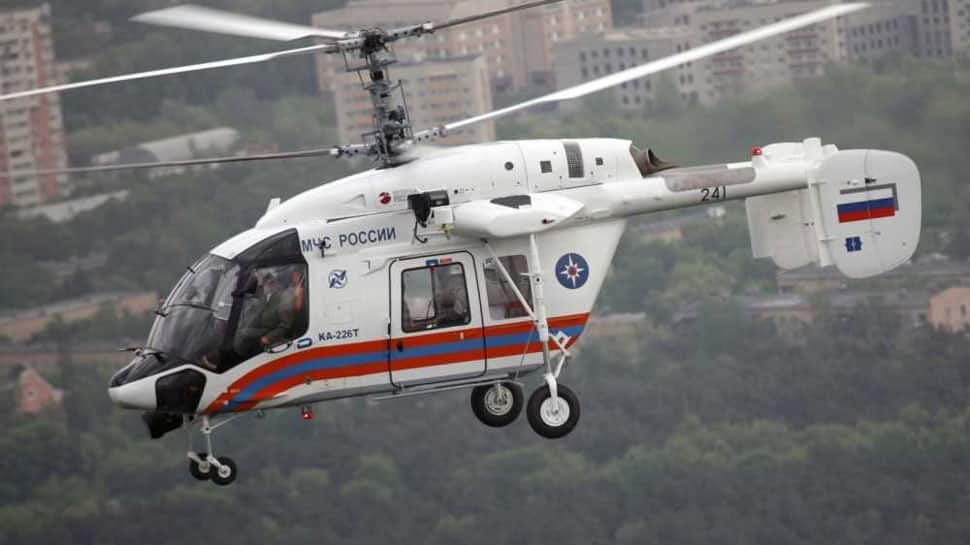 India will buy 200 Ka-226T helicopters from Russia for its defence forces out of which 140 will be manufactured under the Make in India project. Russian Helicopters Holding Company (a part of Russia's state corporation Rostec) and several Indian companies signed Memorandums of Understanding at Aero India 2019 in Bengaluru to produce components for the Ka-226T.

"We are facing an ambitious task because the world has so far not seen such projects of transferring leading-edge rotorcraft production. To set up the production of Ka-226T helicopter, its assemblies and components, is not possible without the reliable Indian partners and future suppliers having a sufficient number of technological competences and work experience in the aviation sphere. The objective of current interaction between Russian and Indian industrial enterprises is to present the background information on the project, a joint discussion of technical issues and finding further ways of cooperation," said Russian Helicopters Director General Andrey Boginski.

The companies with which Russian Helicopters signed the MoUs are Elcom, Valdel Advanced Technologies, Dynamatic Technologies, Integrated Helicopter Services and Bharat Forge. The Indian companies will manufacture blades, radiostations, landing gear and the parts of fuselage for the Ka-226T.

"We have launched a new stage of Ka-226T project: identifying the chain of manufacturers among the Indian companies. I am positive that the agreements reached today will result in a long-term mutually beneficial cooperation at a later stage when the production of Ka-226T is transferred to the customer’s territory," said Boginskiy.

Rostec Director for International Cooperation and Regional Policy Victor Kladov said that Russia will assemble only 60 Ka-226T while the remaining 140 will be manufactured in India, which opens up ample opportunities. He added that that Rostec will also bid for the 111 helicopters required by the Indian Navy. The deal is expected to be worth almost Rs 22,000 crore.

The Defence Ministry had on February 12, 2019, issued Expression of Interest (s) for shortlisting of potential Indian Strategic Partners and foreign OEMs for  ‘Procurement of 111 Naval Utility Helicopters (NUH) for the Indian Navy. The helicopters selected would replace Chetak Helicopters and will be utilised for search-and-rescue (SAR), casualty evacuation (CASEVAC),  low intensity maritime operations (LIMO), passenger roles and torpedo drops. While 16 helicopters would be supplied by the company chosen, the remaining 95 aircraft will be manufactured in India by the selected Indian Strategic Partner.

"The programme of localisation of production of Ka-226T helicopter in India is a key project within the scope of the "Make in India" programme. The contract provides for the delivery of 60 Ka-226T assembled in Russia and the production of 140 units in the territory of the partner country. That said, the project opens up ample opportunities: I am sure that the rotorcraft assembled in India will be in high demand in this country as well as in the third markets. In particular, we intend to take part in a bid for the delivery of 111 Naval Utility Helicopters for the Indian Navy.   The selection of Ka-226T will allow India to reduce expenditures for transportation, maintenance, personnel training due to the localization of production in its own territory," said Kladov.

Russian Helicopters pointed out that Ka-226T, whose distinctive feature is its modular design, features coaxial main rotor system and has a maximum take-off weight of 3.6 tons. The chopper can transport up to 1 ton of payload. Ka-226T can be easily fitted with a transport cabin which can accommodate up to six people and can also be modified top carry special equipment.