Russia President Vladimir Putin is expected to visit India in October, the Ministry of External Affairs said on Thursday (August 6, 2020). Several high-level exchanges between India and Russia are set to take place, including the annual bilateral summit. 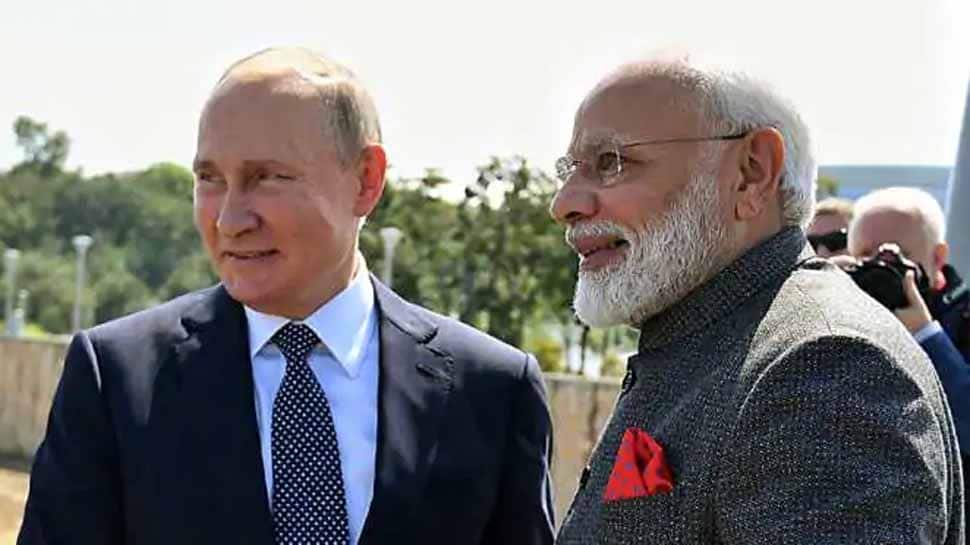 New Delhi: Russia President Vladimir Putin is expected to visit India in October, the Ministry of External Affairs said on Thursday (August 6, 2020). Several high-level exchanges between India and Russia are set to take place, including the annual bilateral summit.

"There is a full calendar of forthcoming high-level exchanges between the two sides. The SCO and BRICS foreign ministers meetings, the NSAs' meeting, the Defence ministers' meeting are scheduled. Of course, we have the annual bilateral summit coming up in October when President Putin is expected to visit India," said Srivastava.

He said Prime Minister Narendra Modi had spoken to President Putin on July 2 and congratulated the latter on the successful national vote on constitutional amendments in Russia.

"Then in the last week of June, Defence Minister (Rajnath Singh) had visited Moscow. The Indian military contingent had participated in the 75th anniversary of the victory in the second world war," he said.

Srivastava informed that foreign secretary Harsh Vardhan Shringla and Russian deputy foreign minister spoke with each other on all India-Russia recent exchanges.

"Yesterday when India's foreign secretary and the Russian deputy foreign minister spoke, they took stock of all these recent exchanges and the idea is to keep the momentum of these regular exchanges going on because due to the COVID situation, we have not been able to have visits," he said.

The SCO and BRICS meetings were scheduled to take place in Russia in July but were postponed due to the COVID situation.

"The new dates will be decided depending on the Covid situation in the participating countries," Srivastava said.