Shortly after the photographs emerged, the SAD spokesperson took to microblogging site Twitter to share a video wherein he narrated the sequence of events. 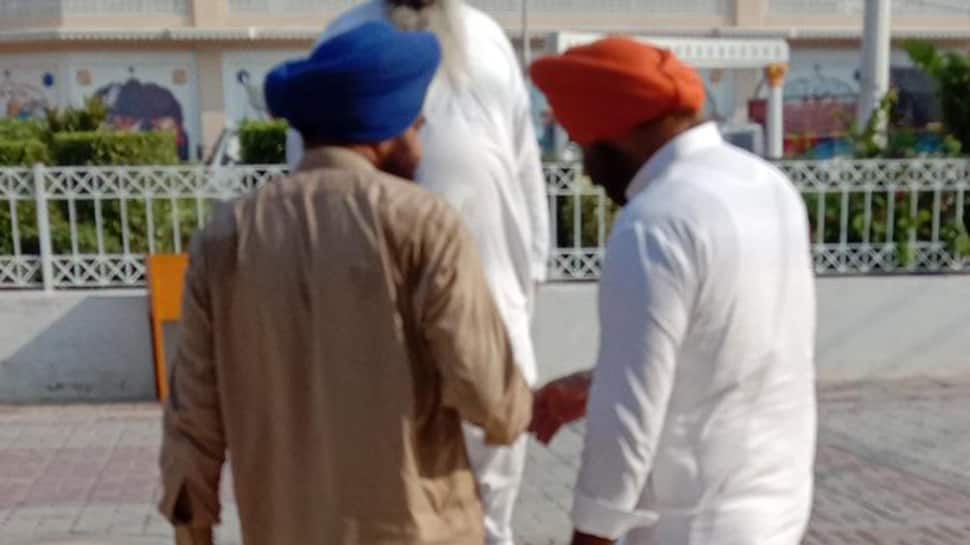 Shortly after the photographs emerged, the SAD spokesperson took to microblogging site Twitter to share a video wherein he narrated the sequence of events that led to the picture being clicked. The photograph was clicked during Sirsa’s visit to Nankana Sahib in Pakistan.

According to the SAD leader, he was sitting in a room and having tea when Chawla barged in. The pro-Khalistan leader then expressed his desire to have a discussion with Sirsa, but was refused.

I will never meet persons like him who are puppets of ISI carrying anti-India agenda@ANI @TimesNow @Republic @ZeeNews @thetribunechd @IndianExpress @htTweets @News18India pic.twitter.com/mEljaovZjb

The SAD leader further said that he immediately walked out of the room but Chawla followed him, and just when Sirsa was asking him to leave, the photograph was clicked by his bodyguard.

“I strongly condemn actions of Gopal Singh Chawla to click his pic with me to circulate on social media. I will never meet persons like him who are puppets of ISI carrying anti-India agenda,” wrote Sirsa on Twitter while sharing the video.

This is a forced picture which gunman of Gopal Singh Chawla clicked!
I refuse to meet people like him who are anti-India and act as hate peddlers!@ZeeNews @News18India @TimesNow @thetribunechd @htTweets @punjabkesari @JagbaniOnline @ABPNews @ANI @republic pic.twitter.com/f7hvcsW3wu

In the video, the SAD spokesperson said, “I am a patriot and under no condition I will keep any ties with such people. No force in the world can force us to meet such traitors.”

In November 2018, photographs of Congress leader Navjot Singh Sidhu with Gopal Singh Chawla had triggered a political row. The photograph was shared on Facebook by Chawla himself. The photograph was reportedly clicked during Sidhu’s visit to Pakistan for the ground-breaking ceremony of Kartarpur Sahib corridor.

The cricketer-turned-politician had, however, dismissed the attacks saying he did not even know who Chawla was. Shiromani Akali Dal leader Harsimrat Kaur Badal had called Sidhu a “Pakistani agent”.