Salman Khan to stay in Jodhpur Central jail, with Asaram as fellow inmate

This is Salman Khan's fourth stint in the Jodhpur Central Jail. He has earlier spent a total of 18 days in the jail in 1998, 2006 and 2007, all for cases of poaching. Security has been tightened in the jail for the actor. 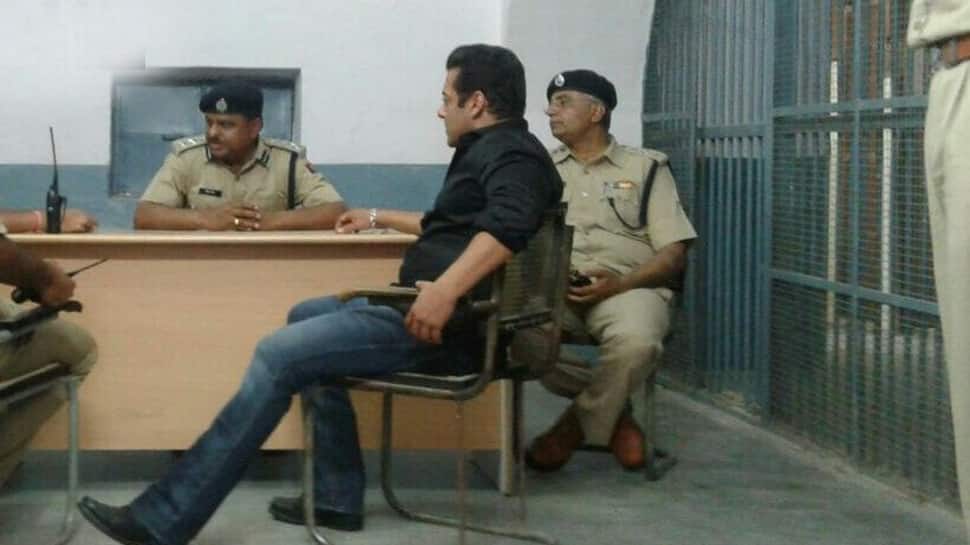 JODHPUR: Actor Salman Khan was on Thursday held guilty of killing two blackbucks in October 1998 and was sentenced to five years in jail. He has been sent to the Jodhpur Central Jail where he will be spending the night. Hearing for the bail application will take place on Friday.

He will reportedly be spending the night in barrack number two of the Central jail, where spiritual leader Asaram Bapu is also lodged. Asaram has been in jail for over five years for allegedly raping a schoolgirl in his ashram in 2013.

This is Salman's fourth stint in the Jodhpur Central Jail. He has earlier spent a total of 18 days in the jail in 1998, 2006 and 2007, all for cases of poaching. Security has been tightened in the jail for the actor.

The 52-year-old was taken to the Jodhpur Central jail from the court premises in a police vehicle. He was taken to a hospital for medical checkup after which he was taken to jail.

The court on Thursday held him guilty under Section 9/51 of the Wildlife (Protection) Act, where the maximum punishment that can be given is of six years. The actor faced charges of killing two blackbucks in Kankani village near Jodhpur on the night of October 1, 1998 during his stay in Jodhpur for the shooting of the film "Hum Saath Saath Hain". All the actors were in a Gypsy that night with Salman in the driving seat.

His defence lawyers had suggested the black bucks died of natural causes such as overeating, and claimed there was no evidence they had been shot. The actor has been dogged by multiple charges since undertaking the infamous hunting safari in protected forest land while shooting a film in Rajasthan.

The trial of the case was in progress since the last 19 years and the judge in a court had reserved the order after the final arguments on March 28.

Jeev Raksha Bishnoi Sabha has protested against the decision of acquitting the other accused stars. Their acquittal will be challenged in the high court, said Shivraj Bishnoi, state president of the organisation. The Bishnois, a Rajasthani tribe seen as custodians of the region's wildlife, filed a complaint against the actors.