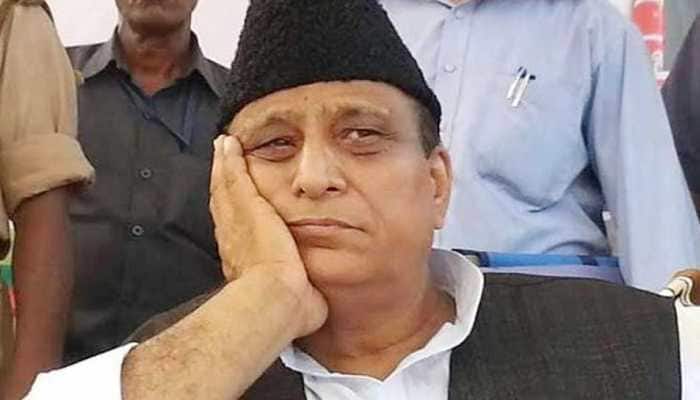 Rampur: Samajwadi Party MP Mohd Azam Khan, his wife Tanzeen Fatima and son Abdullah Azam were sent to seven days of judicial custody after they surrendered in the district court on Wednesday. The next hearing of the case will be on March 2.

A local MP-MLA court in Rampur, on Tuesday, had ordered attachments of the properties of Mohd Azam Khan, Tanzeen Fatima, and Abdullah Azam after non-bailable warrants were issued against them in one of the cases and they still refused to appear in court.

The Samajwadi leader had made several attempts to get anticipatory bail but the same was denied by the court.

Trouble for Azam Khan began in July last year and more than 4 cases were lodged against him and his family. He was booked for land grabbing, encroachment, book theft, power theft, statue theft, buffalo theft, goat theft while his son Abdullah Azam was booked for forgery in birth date documents.

He even lost his membership of the state assembly after he was found guilty of forgery.

The Allahabad High Court has stayed the demolition of the boundary wall of the Mohammad Ali Jauhar University in Uttar Pradesh`s Rampur till March 31.

On a writ petition filed by Maulana Mohammad Ali Jauhar Trust of Rampur, Justice Salil Kumar Rai observed on Tuesday, "As the time for filing revision against the order dated February 20, 2020, passed by Assistant Collector, has not expired yet and the constructions existing on the disputed plots are of an educational institution, hence in the interest of justice, it is directed that the construction existing on the disputed plot shall not be demolished till March 31, 2020".

During the court proceedings, an objection was raised on behalf of the state government stating that against the order of Assistant Collector of Rampur dated February 22, 2020, the petitioner can file a revision before the Sub Divisional Magistrate (SDM) concerned. Hence, a writ petition is not maintainable here before the high court.

After hearing the counsel for the parties concerned, the court directed the petitioner to file a revision petition before the SDM concerned within one week. Thereafter, the SDM will decide on it within a month.

Hence, till March 31, 2020, the demolition of the structures shall not be carried out.

The court was of the view that as the matter relates to an educational institution, therefore, some relief must be given till the filing of revision and subsequent decision on the petition filed before the SDM concerned.

Last week, the Rampur district administration had demolished a portion of the boundary wall of the Jauhar University, which was allegedly raised illegally on government land, to provide a passage to the farmers to their land on the university campus.