In a huge setback for Akhilesh Yadav-led Samajwadi Party, its Member of Parliament Surendra Nagar resigned from the Rajya Sabha on Friday. 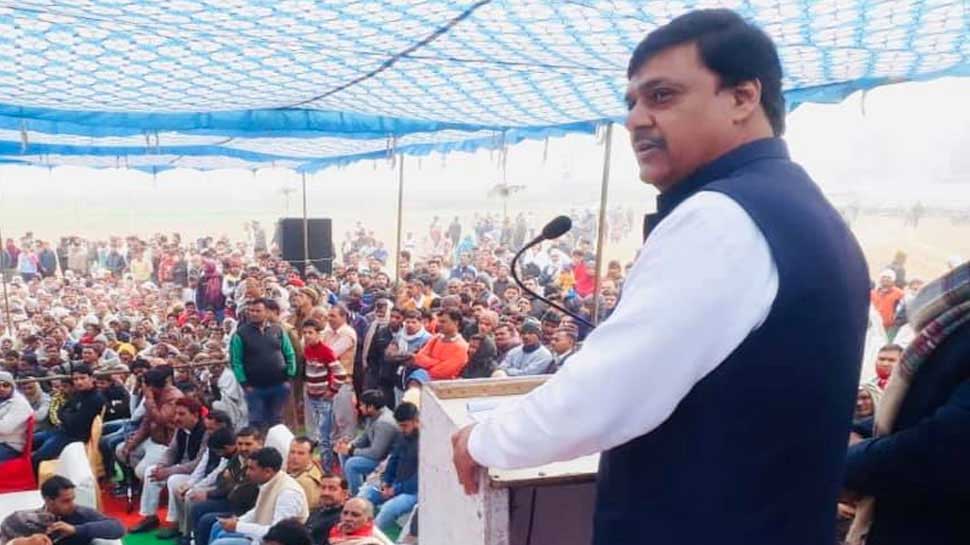 Lucknow: In a huge setback for Akhilesh Yadav-led Samajwadi Party, its Member of Parliament Surendra Nagar resigned from the Rajya Sabha on Friday.

Nagar is expected to join the BJP in the days to come.

This development came barely a fortnight after the Samajwadi Party lost a parliamentarian to BJP - Neeraj Shekhar.

Shekhar, who is the son of late Prime Minister Chandra Shekhar, had recently quit Rajya Sabha to join the BJP.

Nagar - a prominent Gujjar leader from western UP - gave his resignation to Rajya Sabha Chairman M Venkaiah Naidu and it has been accepted.

After tendering his resignation, Nagar met senior BJP leaders in Parliament, which triggered speculations that he will soon join the saffron party and may be re-elected to the Upper House on its ticket.

Nagar was reportedly upset with the functioning of his party for quite some time. He was also not present during the voting on Triple Talaq and UAPA bill in Rajya Sabha.

Apart from Neeraj Shekhar and Surendra Nagar, Congress MP Sanjay Sinh has also resigned from the Rajya Sabha to join the BJP.

All three are likely to be returned to the Rajya Sabha from UP.