Samjhauta Express will run as per its schedule: Rail Minister Piyush Goyal

Rail Minister Piyush Goyal said that the Samjhauta Express will run as per its schedule. 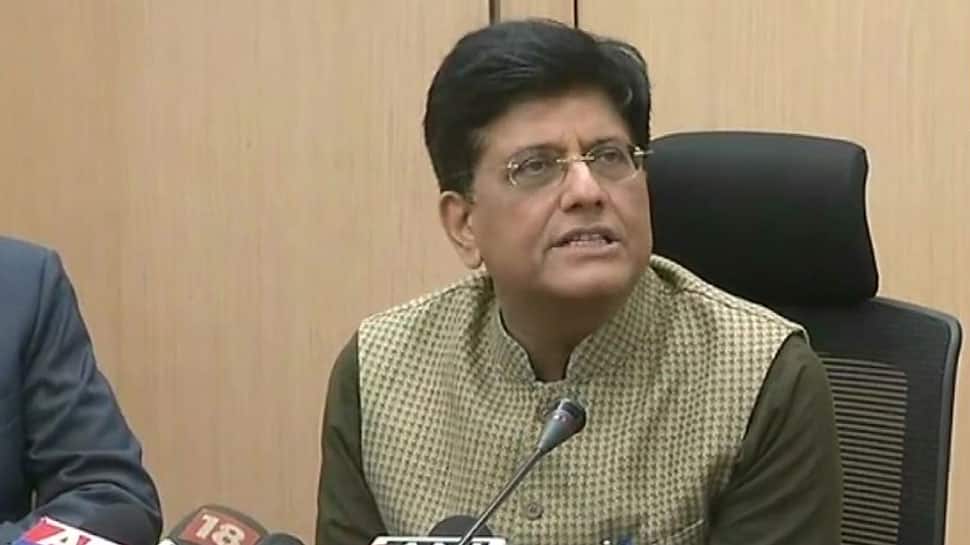 NEW DELHI: Railways Minister Piyush Goyal on Wednesday said that the services of the Samjhauta Express, one of the two train services between India and Pakistan, will continue as per schedule from Delhi to Attari in Punjab.

"We have not yet received any instructions from authorities so far as running of Samjhauta Express. So it will run as per the schedule," the Minister said while responding to a question if India has suspended the services of the Samjhauta Express.

''We will follow whatever directions are received in this regard,'' he added.

Railway Minister Piyush Goyal: We have not yet received any instructions from the authorities about any change to the current running of the Samjhauta Express, we will follow whatever directions are received in this regard. pic.twitter.com/kgbQtVwrbs

The remarks from the Rail Minister came amidst reports that Pakistan has suspended its operations of the train, running from the Wagah Border Post to Lahore, in its territory.

A senior railway ministry official was quoted as saying by IANS that the train, which comprises six sleeper coaches and an AC 3-tier coach, will depart at its scheduled time on Wednesday from the Indian side.

However, it is mostly empty with just a little over two dozen passengers - four in the AC coach, 22 in non-AC coaches.

The train departs from the Old Delhi Railway Station at 11.10 PM twice a week - on Wednesday and Sunday. On its return journey from Lahore, the train arrives in India on Monday and Thursday.

The assurance from the Rail Minister came hours after India on Wednesday accused Pakistan of targeting the country's military installations in response to its counter-terrorism action a day earlier and confirmed that an Indian MiG-21 Bison pilot was "missing in action".

"Against this counter-terrorism action (of bombing the JeM training camp), Pakistan has responded this morning by using its air force to target military installations on the Indian side," External Affairs Ministry spokesperson Raveesh Kumar said in a press briefing.

"Due to our high state of readiness and alertness, Pakistan`s attempts were foiled successfully," he added.

He said the Indian Air Force (IAF) responded instantly and in the aerial engagement, one PAF fighter aircraft was shot down by a MIG 21 Bison of the IAF.

"The Pakistani aircraft was seen by the ground forces falling from the sky on the Pakistani side," he said.

"In this engagement, we have unfortunately lost one MiG-21. The pilot is missing in action. Pakistan has claimed that he is in their custody. We are ascertaining the facts," Kumar said.

The action came 11 days after a JeM suicide bomber killed 40 Central Reserve Police Force troopers at Pulwama in Jammu and Kashmir on February 14.

Within hours, a furious Pakistan threatened a "befitting response" and Prime Minister Imran Khan called a meeting of the National Command Authority, which controls the country`s nuclear arsenal.

After initially denying that the Indian action took place, the Pakistani military authorities finally admitted that the IAF had hit Balakot in Khyber Pakhtunkhwa, 195 km from Islamabad and over 40 km from Muzaffarabad, capital of Pakistani-administered Kashmir.

This was the first time the IAF had crossed into Pakistan after the 1971 war.