Pinarayi Vijayan has said it is the state government's responsibility to give protection to women who want to enter Sabarimala Temple. 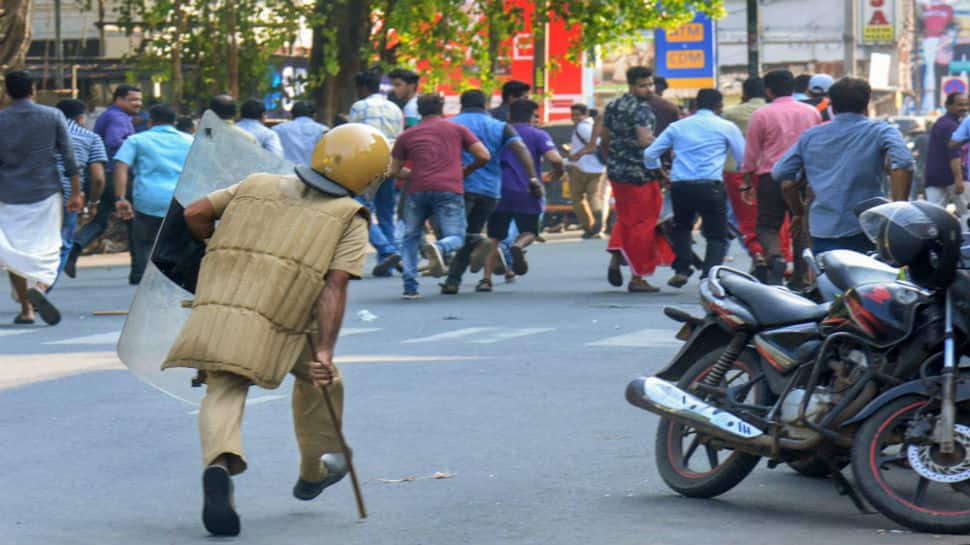 Kerala is tense and the state CM has blamed Sangh Parivar for the prevailing situation here. A day after two women of menstruating age managed to enter the Sabarimala Temple on Wednesday, the state government has been accused of hurting religious sentiments but Pinarayi Vijayan has said that efforts are on to turn the ground situation extremely volatile.

On Thursday, Vijayan defended the decision to provide security to women devotees who had managed to enter the Sabarimala Temple. "It's the government's responsibility to give protection to women. The government has fulfilled this constitutional responsibility. Sangh Parivar is trying to make Sabarimala into a clash zone," he said. "Seven police vehicles, 79 KSRTC buses destroyed and 39 police personnel attacked till now. Most of the persons attacked were women."

A state-wide hartal was called in protest against the entry of the two women into the holy temple where purification rituals had to be carried out on Wednesday. BJP  workers staged a protest outside CM's house while party leader V Muraleedharan said that the two women who had entered the temple were Maoists. For the common man - and woman, daily schedules were thrown off track as transport services were affected in many places of the state - including capital Thiruvananthapuram where ambulances were used to ferry passengers.

Meanwhile, the state government maintains that it is only obeying the orders of Supreme Court which had allowed for women of all ages to enter Sabarimala Temple. Protestors have, however, maintained that they cannot let traditions and religious beliefs be compromised and managed to keep women of menstruating age - considered 'impure' - at bay, till Wednesday.