CBI spokesperson Abhishek Dayal said that Nalini Chidambaram entered into a criminal conspiracy with the proprietor of Saradha group Sudipta Sen and some other accused persons in this case. 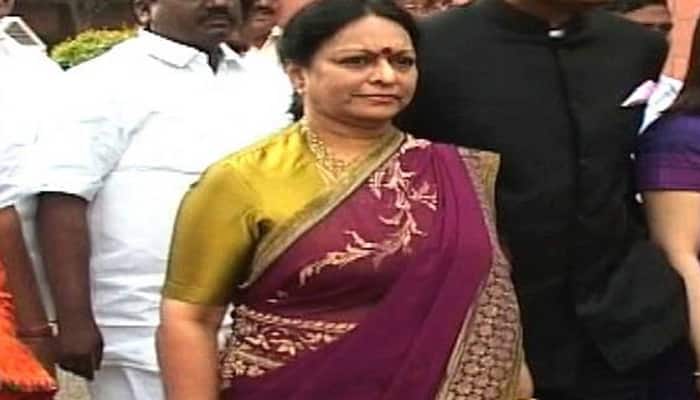 NEW DELHI: In a major trouble for Nalini Chidambaram, the wife of former Union finance minister P Chidambaram, the CBI on Friday filed a chargesheet against Nalini accusing her of receiving Rs 1.4 crore from Saradha group of companies, embroiled in a big chit fund scam in West Bengal.

CBI spokesperson Abhishek Dayal said that Nalini entered into a criminal conspiracy with the proprietor of Saradha group Sudipta Sen and some other accused persons in this case in order to misappropriate funds of Saradha group of companies.

The CBI's chargesheet alleged that Sen was introduced to Malini by Manoranjana Sinh, the estranged wife of former Union minister Matang Sinh and this meeting was done to manage probes by various agencies like SEBI, ROC against Sen. According to Daya, Sen allegedly paid Nalini Rs 1.4 crore during 2010-12 through his companies.

The CBI has filed the charge sheet in a special court in Kolkata.

It is to be noted that Saradha Group had managed to raise as much as Rs 2,500 crore from people luring with attracting interest rates which were never paid. In 2013, Sen decided to close the operations of company after failing to pay returns.