The agency has also issued fresh summons against Kumar directing him to appear before it for questioning in connection with the multi-crore Saradha chit fund scam at 11 am on Friday. Kumar has not appeared before the CBI in any of its summons and if he fails to present himself at 11 am, the CBI may arrest him. 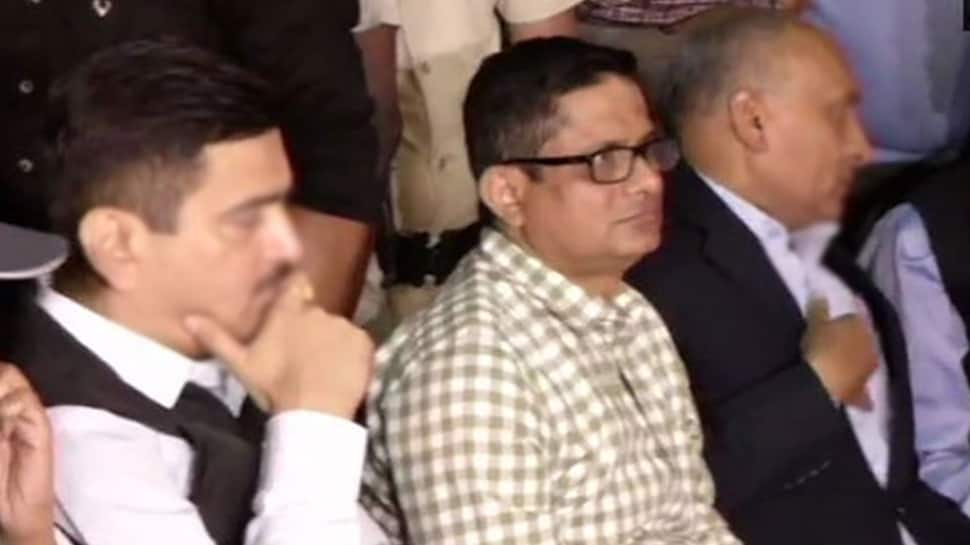 In a major victory to the Central Bureau of Investigation (CBI), the agency on Thursday was able to trace the location of senior IPS officer and former Kolkata top cop, Rajeev Kumar.

The agency has also issued fresh summons against Kumar directing him to appear before it for questioning in connection with the multi-crore Saradha chit fund scam at 11 am on Friday. Kumar has not appeared before the CBI in any of its summons and if he fails to present himself at 11 am, the CBI may arrest him.

A senior Central Bureau of Investigation (CBI) source in New Delhi told news agency IANS, "We have summoned Kumar again for questioning on Friday morning at our Salt Lake office."

Earlier in the day, several teams of the CBI carried out searches at various locations in Kolkata, looking for the elusive senior IPS officer, wanted by the federal agency in connection with the case. The CBI sleuths, including two Superintendents of Police from the special investigation team set up to find Kumar, went to the IPS officers` mess in Alipore, Kumar`s official residence on Park street as also a five-star hotel off the Eastern Metropolitan Bypass. Four CBI officers drove to 34, Park Street and stayed there for 45 minutes trying to collect information about Kumar.

A court in Alipore, West Bengal, had ruled that the CBI is empowered to arrest Kumar in the case but turned down the CBI`s plea for the issuance of a non-bailable warrant (NBW) against Kumar. Additional Chief Judicial Magistrate (ACJM) Subrata Mukherjee directed the CBI to approach the court if its officers are manhandled during an arrest bid.

Kumar had filed a petition arguing that the CBI requires the West Bengal government`s nod to arrest him as he is a government official.

The central probe agency also sent a letter to West Bengal Director General of Police (DGP) Virendra Kumar, seeking Kumar`s active phone contact number. The CBI sources said that the agency has sought Kumar's active contact number as a part of its investigation into the Saradha chit fund scam case. The CBI has requested the state DGP and the Chief Secretary to direct him to appear before it.

Kumar has been evading the investigation since the Calcutta High Court withdrew protection from arrest granted to him in the case. On Tuesday, a district session court had disposed of Kumar`s bail pleas on the ground that Barasat court - MP/MLA special court and district judge court did not have jurisdiction to accept such petitions.

Kumar was a part of the SIT constituted by the West Bengal government to probe the multi-crore Saradha scam before the Supreme Court transferred it to the CBI. He is accused of tampering with evidence in the case. The Saradha Chit Fund Scam, running into billions of rupees, grabbed headlines in 2014 after the Saradha group`s companies ended their businesses duping scores of people promising higher rates of returns on their investments.