Wishing countrymen a Happy Independence Day 2020, SNMD Sarkar, CEO of Sarkar Company, says there is hope for a bright future for India and Indians despite all roadblocks. Sarkar Jets is one of the flagship ventures of the Sarkar Family and it offers the ultra-rich Indians the chance to opt for private air travel instead of going on a commercial airliner. 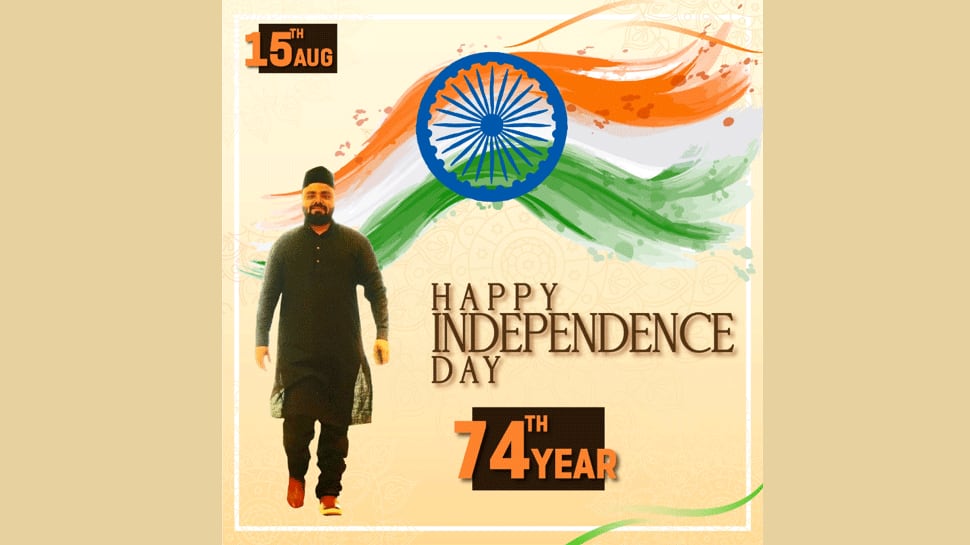 India is going to celebrate its 74th Independence Day on August 15, 2020 and this year is a watershed year in more ways than one for the country and its people. Even as the country is dealing with the aftermath of COVID-19 pandemic, and the public debate is rife regarding issues like nepotism and corruption, etc in various professional fields, Mr. SNMD Sarkar, CEO of Sarkar Company, says there is hope for a bright future for India and Indians despite all roadblocks.

While wishing his countrymen a Happy Independence Day 2020, Mr. Sarkar has this to say, "India is a great country! Our value system is our strength and our resolve comes from the fact that, no matter what, we manage to rise like a phoenix after every tragedy. Despite centuries of foreign rule, we've managed to salvage our essence of culture and heritage, evident in our politics, business and art forms. I wish my countrymen a grand future ahead!"

His words echo true, in face of the fact that India’s reputation in the world has grown manifold since India gained Independence in 1947.

A recent development in this regard was an announcement of the Federation of Indian Association (FIA), a leading group of people of Indian-origin in the US. This year on Independence Day, the FIA is going to unfurl the Indian tricolor for the first time at New York City’s iconic destination, Times Square.

In this regard, Sarkar Jets is one of the flagship ventures of the Sarkar Family and it offers the ultra-rich Indians the chance to opt for private air travel instead of going on a commercial airliner. The first name in luxury air travel in India, Sarkar Jets has offered the exclusive travelers freedom from flying like everyone else. In fact, Sarkar Jets is not just about high-end luxury travel, it also signifies safe traveling for its patrons. But that is not all. Mr. Sarkar is spearheading many other such ventures, which are redefining business dealings in India and are also enriching the economic landscape with renewed energy. Some of his commendable endeavors are Travelkaroo and the Sarkar Company.

Speaking about leading a positive change in the world of business, Mr. Sarkar elucidates, "The year 2020 has been a personal milestone for me because I was able to initiate 3 ventures - Sarkar Jets, Travelkaroo and Sarkar Company - which traverse such diverse industries like luxury air travel, travel finance and entertainment and media industry. India is the land of the future and I want my ventures to be the forces to lead the country into a very bright tomorrow. Through my ventures, I want to provide hard-working Indians a chance to a better life, be it traveling, enjoying themselves or preparing for a career ahead."

He cites the examples of recent upheavals like the ongoing debate on nepotism and groupism in the film industry to assure that his company, Sarkar Company, was devised to address just this sort of menace. Mr Sarkar is concerned about the talented newcomers who come into the world of films and then leave here dejected. His company will provide world-class treatment to these professional artists, be it actors, singers, music composers, directors, scriptwriters, etc and help them create a place for themselves in the film industry.

Similarly, his other venture, Travelkaroo, is a travel finance company, which finances upto 50% of an individual’s air travel expenses, in lieu of easy EMIs. His another company, Sarkar Jets, is the favorite rental service of jets and helicopters for the mile-high club among young Indians.

With just innovative business concepts, Mr. Sarkar is not only infusing a positive spirit into the Indian economy, which is currently reeling under the burden of the aftermath of months of lockdown, this dynamic entrepreneur is also granting freedom to young India to choose a career otheir own choice, travel in style and fulfill their dreams without worrying about the obstacles on the way. Because it will be Mr. Sarkar’s different endeavors that will take care of those obstacles.

As for his own dream for a new India, Mr. Sarkar wants an equal-opportunity country, where everyone, irrespective of his color, creed or religion, will have a chance to prove himself and make something of his life.

On this occasion of the 74th Independence Day, Mr. Sarkar said that he felt extremely sad at the soldiers’ lives that were lost in Ladakh earlier this year. He also expressed condolence for the lives lost in the recent air-crash at the table-top runway of Kozhikode Airport due to bad weather.

He prayed for peace for the departed souls, including that of the brave pilot of the Air India aircraft, Wing Commander (Retd) Captain D.V. Sathe. At the same time, Mr. Sarkar also expressed sorrow at the lives lost to the battle against COVID-19 pandemic.