Sasikala recounts how Jayalalithaa fainted and was rushed to the hospital

Sasikala claimed she took Jayalalithaa to the hospital even though the former AIADMK chief did not want to be taken for treatment. 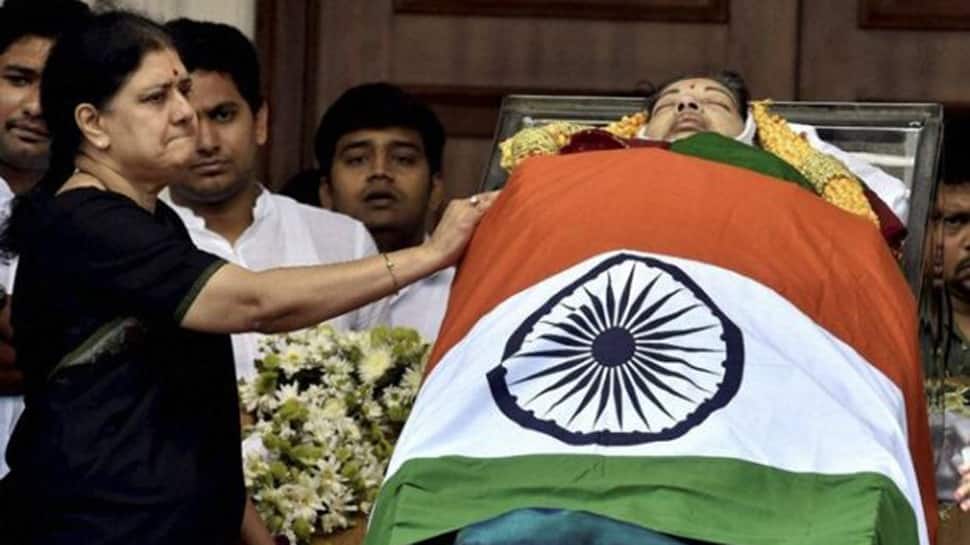 NEW DELHI: In a 55-page affidavit filed before the Justice A Arumughaswamy Commission, jailed AIADMK leader VK Sasikala has recounted what took place at former Tamil Nadu chief minister J Jayalalithaa's residence on September 22, 2016 before she was rushed to the hospital.

Sasikala has said that she took Jayalalithaa to the hospital even though the former AIADMK chief did not want to be taken for treatment, The Hindu reported. Sasikala said that Jayalalithaa was unwell and called for help when she was in the bathroom on the first floor of her Poes Garden residence. Sasikala said she rushed to her help and helped her get to the bed where she fainted.

Two ambulances from Apollo hospital were called to her residence and she was brought from her bedroom in an unconscious state on a stretcher. Sasikala has claimed that Jayalalithaa regained consciousness in the ambulance and questioned where she was being taken. She was informed that they were en route to the hospital.

She claims that Dr KS Sivakumar, a relative of Sasikala, had examined Jayalalithaa twice on the same day. She was advised to go to the hospital but the former Tamil Nadu CM refused to go.

Sasikala also said that Jayalalithaa had been stressed due to her conviction and imprisonment in the disproportionate assets case in September 2014. She added that her fluctuating sugar levels in the first week of September 2016 had played a huge role in her deteriorating health condition.

Sasikala has also asserted that four videos of Jayalalithaa that she made with her permission have been submitted to the Commission.