The satellite images show the extent of damage caused by IAF's airstrikes on Jaish's camp inside Pakistani territory.

Zee News has got the exclusive satellite images of airstrikes carried out by Indian Air Force's Mirage 2000 fighter jets at Jaish-e-Mohammad's terror camp in Balakot, Pakistan, on February 26.

The satellite images show the extent of damage caused by IAF's airstrikes on Jaish's camp inside Pakistani territory. The before and after images clearly show that the IAF operation was precise and it succeeded in achieving its objective of completely decimating the Jaish's terror camp. 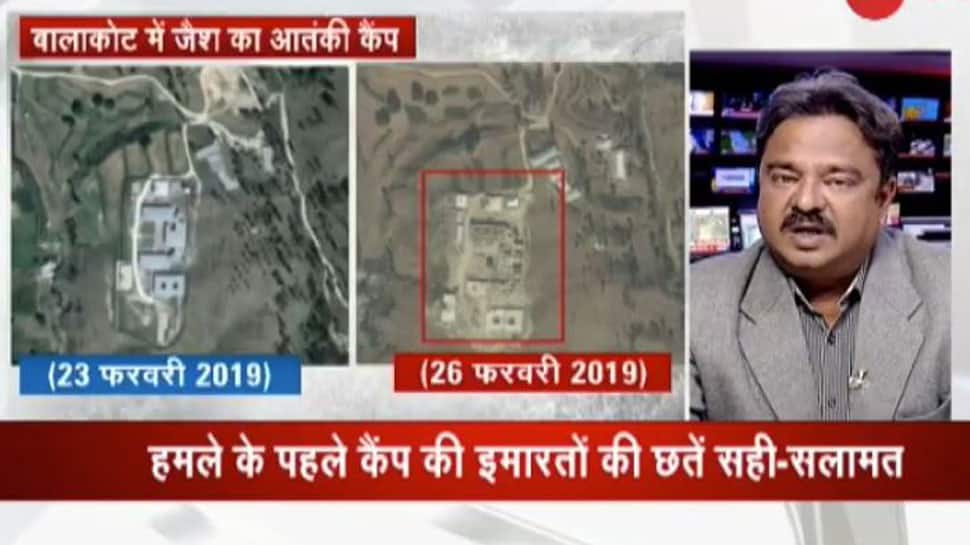 After looking at these images, it can be said without doubt that no one who was present in the camp at the time of air strike would have survived the bombing. The satellite images also once again expose Pakistan's lie that the IAF failed to carry out any successful strike and the Mirage 2000 jets returned to India after dropping their 'payload' in an uninhabited forest.

The JeM's terror camp at Balakot in Khyber Pakhtunkhwa of Pakistan was the biggest training camp of Pakistan-backed terror group.

The terror camp located on a hilltop amidst thick forest was an advanced training centre where suicide bombers were trained. Intelligence sources said that Balakot was an important training center for JeM and other Pakistan-based terror groups.

The terror camp was spread over an area of around 6 acre and it had several structures to accommodate terrorist trainees and facilities. Sources added that Azhar and other senior terrorists used to visit this terror camp regularly to deliver inspirational lectures to new recruits. Since the camp was situated on Kunhar river, it was also used by terror groups to give aquatic training to recruits.