The women – Kanaka Durga and Bindu Ammini – had sought round-the-clock police protection, citing threats they received after entering the temple. 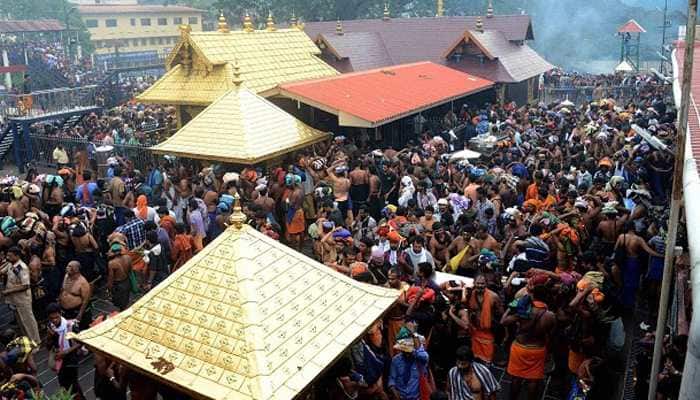 The Supreme Court on Friday directed the Kerala government to provide adequate security to the two women, under the age of 50, who entered and offered prayers at the Sabarimala temple on January 2. The women – Kanaka Durga and Bindu Ammini – had sought round-the-clock police protection, citing threats they received after entering the temple.

Both the women, residents of Kannur district in Kerala, had entered the temple at January 2. Their ascent to the hill was initially stopped midway by a group of protesters at Neelimala. The protesters had stopped the women as they spotted them carrying 'Irumudikettu' (offerings to Lord Ayyappa).

Following this, they reportedly sat on a hunger strike, demanding that they be allowed to enter the temple and offer prayers.

One of the women, Kanaka Durga, was later allegedly assaulted by her mother-in-law. She filed a police complaint stating that her mother-in-law thrashed her with a stick after she came back home from the temple visit.

Following their entry, the head priest decided to close the sanctum sanctorum of the temple in order to perform the "purification" ritual, which used to be carried out during the time of the violation of temple customs.

Traditionally, girls and women in the menstruating age group of 10-50 years were barred from offering prayers at the shrine, the presiding deity of which is "Naishtika Brahamachari" (perennial celebate). In 2018, the Supreme Court removed the age barrier, allowing women of all ages to enter the temple.