The apex court issued a notice to the Gujarat government seeking a reply on the progress of the investigation by next Friday. 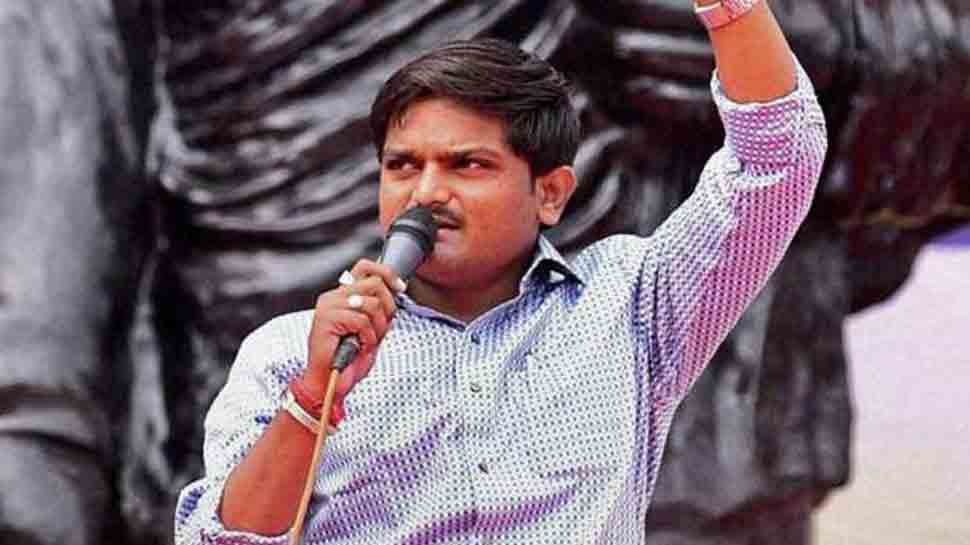 New Delhi: The Supreme Court on Friday (February 28) granted bail to Congress leader Hardik Patel till March 6 in connection with the 2015 case related to violence during Patidar stir in Gujarat. The court also restrained the Gujarat Police from arresting him in the Patidar quota agitation case.

While protecting his arrest for a week, the apex court issued a notice to the Gujarat government seeking a reply on the progress of the investigation by next Friday.

A bench of justices U U Lalit and Vineet Saran issued notice to the Gujarat government on the plea of Patel seeking quashing of a case against him. "The case was lodged in 2015 and the investigation is still pending in the matter. You can't sit on the case for the past five years," the bench said today.

In December 2017, the Patidar Anamat Andolan Samiti under Patel had organised a mega rally in Ahmedabad as part of the quota stir, and an FIR was lodged for "unlawful assembly" as the police claimed the event did not have requisite permissions. An FIR was registered against him under section 188 of the IPC (disobedience to order duly promulgated by public servant). The rally was taken out days before the Gujarat Assembly election.

On February 17, the Gujarat High Court had rejected Patel's anticipatory bail plea in an unlawful assembly case registered in connection with the 2015 Patidar stir for quota for the community in government jobs and educational institutions. Patel was earlier arrested on January for failing to appear before a trial court here in a 2015 sedition case, hours after a warrant was issued against him.

Patel had joined the Congress ahead of the 2019 Lok Sabha polls.

Earlier on February 19, a court in Ahmedabad had issued a non-bailable warrant against Patel for remaining absent during the hearing of a case against him in connection with the 2017 rally case. A magisterial court rejected the plea moved by Patel's lawyer to exempt him from appearance and issued an arrest warrant against him. Patel had sought exemption from appearance during the hearing held a week before.