SC grants woman's wish, allows her to go to parents instead of husband's home

The top court said it would not get into the legality and validity of the marriage, as it would be dealt the competent courts. 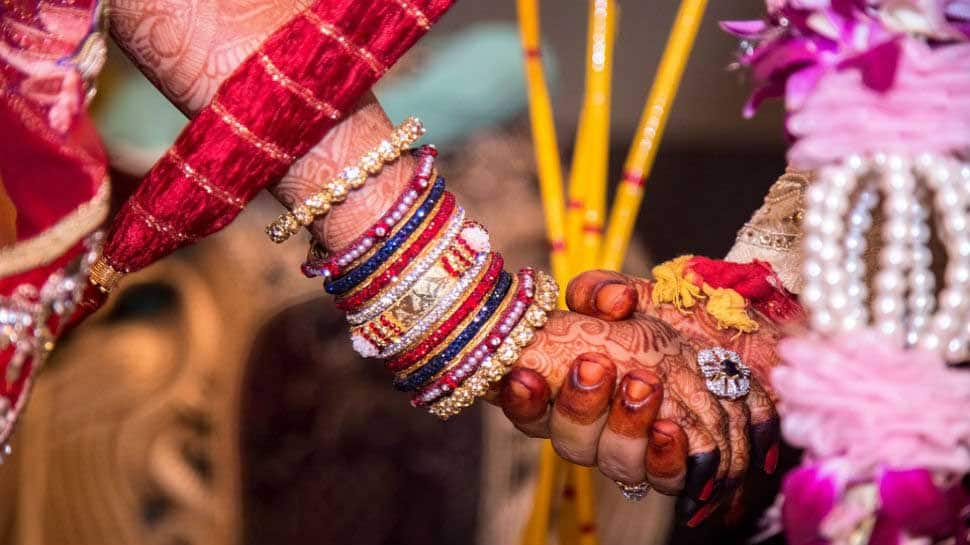 New Delhi: The Supreme Court on Monday accorded primacy to the wish of a 23-year-old Jain woman that she wanted to live with her parents instead of her husband who had allegedly relinquished Islam and converted to Hinduism to tie the nuptial knot with her.

A bench headed by Chief Justice Dipak Misra, who had directed the Chhattisgarh police to bring the woman before it today for an interaction, posed some queries in chaste Hindi to ascertain her wishes.

The bench, which also comprised Justices A M Khanwilkar and D Y Chandrachud, asked her several questions like "What is your name", "Did your marriage actually take place" and "Why don't you want to live with your husband".

The woman replied to the queries and said she was a major, she has not been coerced by anyone and though she married Mohd Ibrahim Siddhiqui alias Aryan Arya, she wanted to live with her parents voluntarily.

The bench considered her unequivocal statement and modified the order of the High Court that had asked her to either live with her parents or be accommodated in a hostel and had allowed her to go to her parental home straightaway.

The top court said it would not get into the legality and validity of the marriage, as it would be dealt the competent courts.

After taking note of the statements of the woman, it said "she has categorically stated that she does not want to go with her husband and wants to go back to her parents. In view of the aforesaid, we permit her to go back to the parents...

"We refrain from commenting on the marriage. As she is major, she is entitled to take her decision as to where she wants to go".

Jugal Kishore Gilda, Advocate General for Chhattisgarh, appeared and argued on behalf of the state government.

Earlier, Mohd Ibrahim Siddhiqui alias Aryan Arya had filed a plea in the apex court seeking the release of his wife from her parents' custody.

The court had then directed the superintendent of police of district Dhamtari in Chhattisgarh to produce Anjali Jain, daughter of Ashok Kumar Jain, before it today.

Siddhiqui had converted to Hinduism and taken the name of Aryan Arya to marry the woman. He had challenged the Chhattisgarh High Court order directing the woman to either go to a hostel or her parental home.