One of the woman protesters at Shaheen Bagh said that the people who are making obnoxious comments on them should be punished. 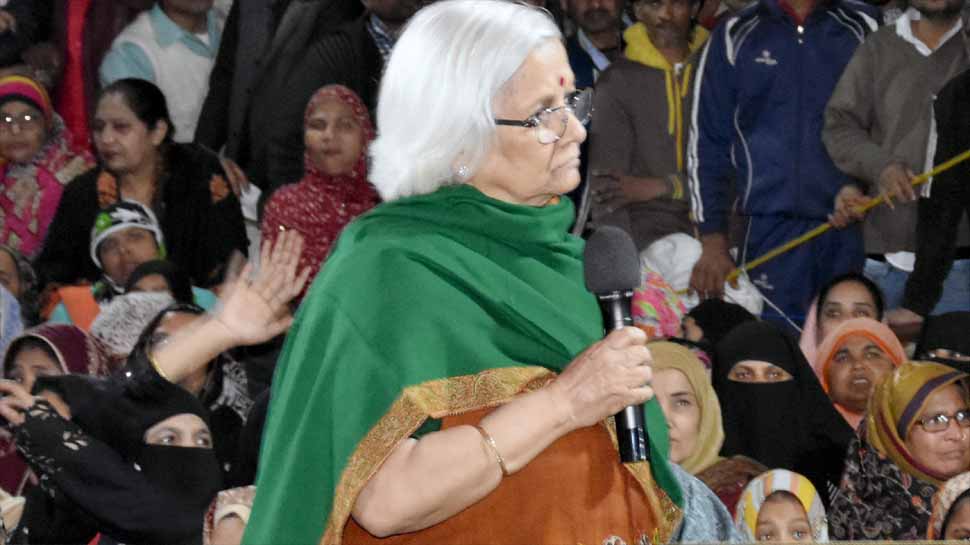 One of the interlocutors appointed by the Supreme Court, Sadhana Ramachandran reached Shaheen Bagh on Friday (February 22), the Delhi Police confirmed to Zee News.

Ramachandran said that she wanted to talk to the protesters without the presence of media and that she will talk to women only.

One of the woman protesters said that the people who are making obnoxious comments should be punished and also it should be ensured that such comments against them are stopped. She said that she wanted written assurances that their safety and security would not be compromised.

"Those who say shoot the traitors... should be punished. Those who are making obnoxious comments on us should be stopped," she said.

"The Supreme Court will have to take responsibility in case something happens to us. We have seen the police brutality that took place in AMU and Jamia. We want written assurances. We want police protection," she said.

Further, the protesters at Shaheen Bagh said they too wanted road number 9 to be open for public and asked why the Delhi Police shut down the road again after opening it for a brief period of time on Friday.

On February 21, the third day of talks, Shaheen Bagh protesters told the two interlocutors that if the road parallel to the anti-CAA protest site was opened, the apex court should pass an order ensuring their security.

The interlocutors Sadhna Ramachandran and Sanjay Hegde inspected the roads and observed that they were barricaded by the police and emphasised that the action of re-barricading the roads "defeats the very purpose of confidence-building on the part of the police".

The Delhi Police, on the other hand, admitted that the protesters had not blocked the parallel road, but they had barricaded it to provide security to the protest site.

On Monday, the apex court had appointed senior lawyers Hegde and Ramachandran along with former CIC Wajahat Habibullah to hold talks with protesters at Shaheen Bagh to convince them to hold the agitation at an alternative site.