The hearings of the rebel MLAs, the Speaker and Karnataka Chief Minister HD Kumaraswamy was concluded in the SC on Tuesday before a three-judge bench headed by Chief Justice Ranjan Gogoi. 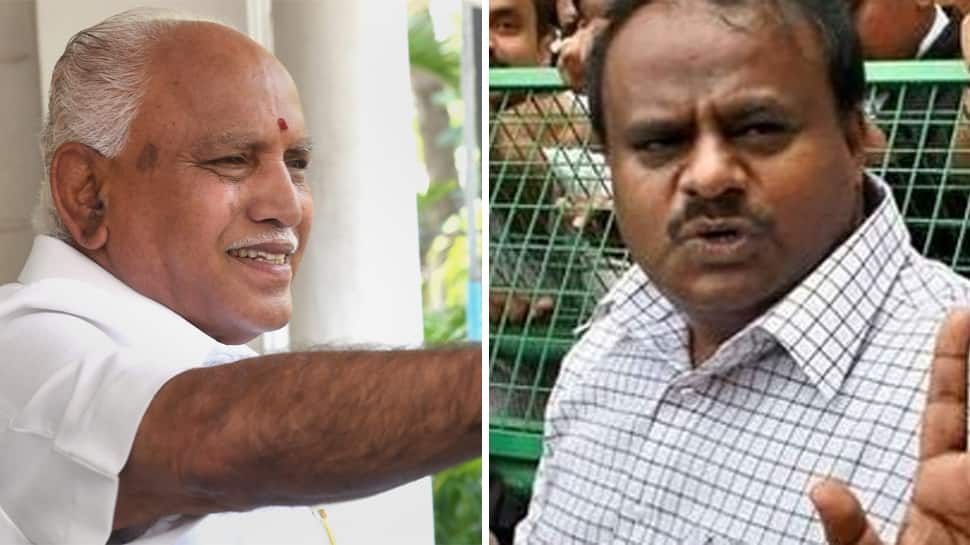 New Delhi:  The Supreme Court (SC) on Tuesday reserved its order on the pleas of 15 rebel Congress-JD(S) MLAs in Karnataka seeking direction for Speaker KR Ramesh Kumar to accept their resignations as MLAs and said that it will pronounce the judgement in this matter on Wednesday at 10:30 AM.

The hearings of the rebel MLAs, the Speaker and Karnataka Chief Minister HD Kumaraswamy was concluded in the SC on Tuesday before a three-judge bench headed by Chief Justice Ranjan Gogoi. The other two judges in the bench are Justices Deepak Gupta and Aniruddha Bose.

Well-known advocate Mukul Rohatgi represented the 15 rebel MLAs before the apex court and during the hearing, he urged the SC to continue with its interim order directing the Speaker to maintain status quo on resignations and disqualification of the rebel MLAs.

Rohatgi also urged the top court to exempt the rebel MLAs from appearing on the basis of the whips issued by their respective parties when they go to the Assembly during no-confidence motion.

Kumaraswamy's counsel launched a scathing attack on the rebel MLAs and accused them of conniving to destabilise the Congress-JDS coalition government in the state.

Senior advocate AM Singhvi represented Speaker Ramesh before SC and he told the bench that the apex court had not issued any direction to the Karnataka Speaker when it had floor test after a midnight hearing in 2018. Singhvi added that Speaker had not taken any final decision on the fate of rebel MLAs.

Singhvi also informed the SC that Speaker Ramesh would take a final call on both disqualifications and resignation of the rebel MLAs by Wednesday but for this to happen the court will have to modify its earlier order asking him to maintain status quo.

Rohtagi hit back at the Speaker saying he has been deliberately delaying the acceptance of resignations of rebel MLAs and he is doing so to help the Congress-JDS government. Singhvi responsed to Rohatgi saying the SC cannot ask Speakers to decide the matter in a time-bound manner. "How can the speaker be directed to decide in a particular manner?" Singhvi asked the court. "Such orders are not passed even to a trial court."

The rebel MLAs informed the SC that the state government is no longer in majority and the Speaker has tried to give time to the Congress and JDS to force the rebel MLAs to accept their demands by delaying the acceptance of their resignations.

The resignation of all dissenting MLAs from Congress and JDS have not been accepted yet by the Speaker but if they are, the tally of Congress-JDS in the Karnataka Assembly could stumble down to 100. The BJP has 105 MLAs and also has the support of two Independents.

If the resignations of 15 rebels MLAs are accepted, the 118 members Congress-JDS coalition will slip to 100 and the majority mark will come down to 105 from 113. The BJP has 105 MLAs and it has the support of the two Independents, which would take the total members of BJP to 107.

TTD board to streamline VVIP darshan culture at Tirumala temple