SC verdict on Article 377: Government has no space in bedrooms, says Shashi Tharoor

Tharoor said that the SC ruling on gay sex was a big slap on BJP which opposed it. 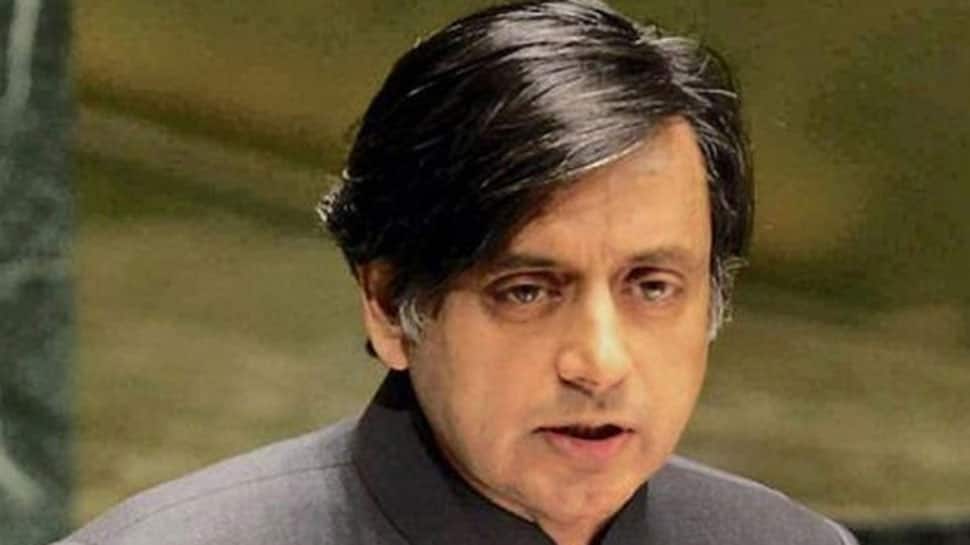 Thiruvananthapuram: Senior Congress leader and party MP from Kerala Shashi Tharoor on Thursday hailed the Supreme Court ruling decriminalising homosexuality as a "dawn of freedom" as the "government has no space in bedrooms".

Reacting to the apex court ruling which favoured the LGBTIQ (lesbian, gay, bisexual, transgender/transsexual, intersex and queer/questioning) community in India, Tharoor said he was very pleased with the historic judgement.

"We allowed the government to interfere in our private lives but the apex court has stood up to uphold the dignity of the people. This is not sex, this is freedom as the government has no space in bedrooms as this is a private act between consenting adults. This is a dawn of freedom," said Tharoor.

He went on to add that when he tried to move a private members bill in the Lok Sabha on two occasions, he was shouted down by the Bharatiya Janata Party (BJP) members.

"I then said it`s only the judiciary that can do anything and through this judgement, it shames those BJP members who opposed this," said Tharoor.

So pleased to learn that the SupremeCourt has ruled against criminalising sexual acts in private. This decision vindicates my stand on Section 377& on exactly the same grounds of privacy, dignity &constitutional freedoms. It shames those BJP MPs who vociferously opposed me in LS.

The reactions from the Congress MP came shortly after the Supreme Court decriminalised homosexuality between consenting adults by declaring Section 377, the penal provision which criminalised gay sex, as "manifestly arbitrary".

The bench said it is no longer an offence for LGBTIQ (lesbian, gay, bisexual, transgender/transsexual, intersex and queer/questioning) community to engage in consensual sex between two adults in private.

Reading out the judgement, Chief Justice Misra said attitudes and mentality have to change to accept others' identity and accept what they are, and not what they should be.

"It is the constitutional and not social morality which will prevail," said the court.

The verdict sparked celebrations in the LGBTIQ community across India even as the judgement was being read out. Many of the community members who had assembled outside the apex court jumped in joy and distributed sweets.

Chief Justice Misra said consensual sex between adults in a private space, which is not harmful to women or children, cannot be denied as it is a matter of individual choice.

Section 377 will not apply to consensual same-sex acts between homosexuals, heterosexuals, lesbians, the court said, clarifying that sexual act without consent and bestiality will continue to be an offence under section 377.

"An individual has full liberty over his or her body and his or her sexual orientation is a matter of one's choice," said the Chief Justice.

"Time to bid adieu to prejudicial perceptions deeply ingrained in social mindset. Time to empower LGBTIQ community against discrimination. They should be allowed to make their choices," he added.

In a concurring judgement, Justice Nariman said homosexuality is "not a mental disorder or disease".

He said the LGBTIQ community has an equal right to live with dignity and are entitled to equal protection of the law. He directed the Centre to give wide publicity to this judgment to remove the stigma attached to homosexuality.

Justice Chandrachud said to deny the LGBTIQ community their right to sexual orientation is a denial of their citizenship and a violation of their privacy.

"They cannot be pushed into obscurity by an oppressive colonial legislation... Sexual minorities in India have lived in fear, hiding as second-class citizens," said Justice Chandrachud, adding "the state has no business to intrude on such matters".

Justice Indu Malhotra said that history owes an apology to the LGBTIQ community for all that they have suffered on account of the ignorance of the majority about homosexuality.

"LGBTIQ people have a right to live unshackled from the shadow," she said.

The Supreme Court verdict, which overruled its own earlier judgement, assumes significance as in the earlier round of litigation in 2013, the top court had reversed a Delhi High Court ruling decriminalising homosexuality.

The Delhi High Court bench, headed by the Chief Justice AP Shah, had in July 2009 legalised homosexual acts between consenting adults by overturning the 149-year-old law - finding it unconstitutional and a hurdle in the fight against HIV/AIDS.