Search for AN-32 continues, IAF says no wreckage sighted so far

According to sources, the wreckage of the AN-32 aircraft was located by one of the several helicopters deployed for the search and rescue missions near Tato in West Siang district of Arunachal Pradesh. 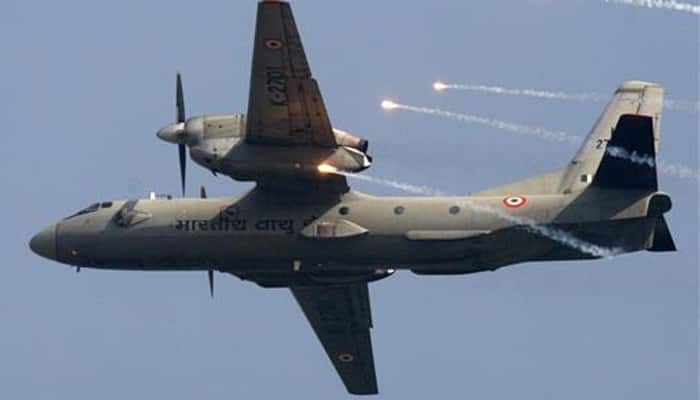 New Delhi: The Indian Air Force has said every effort is being made to locate an AN-32 transport aircraft which went missing on Monday afternoon after taking off from Jorhat in Assam. While there were reports that the wreckage of the aircraft was spotted near Tato in West Siang district of Arunachal Pradesh, the IAF has denied this.

The AN-32 aircraft had taken off from Jorhat in Assam but lost contact with ground staff before its scheduled landing in Arunachal Pradesh's Menchuka airfield.

There were 15 people - all IAF personnel - on board when the aircraft took off from Jorhat. The aircraft took off 12:25 PM and its last contact with ground staff was at 1 pm. After the AN-32 did not reach Mechuka Advance Landing Ground, the IAF initiated the overdue action.

An IAF AN-32 took off from Jorhat at 1227 hrs for Menchuka ALG. Aircraft last contacted ground control at 1300 hrs. There was no further contact with the aircraft. Efforts are on to establish the whereabouts of the aircraft. 1/4

IAF is coordinating with Indian Army, various government and civil agencies to locate the missing aircraft. Search operations will continue from air and by ground parties of Indian Army through the night. 4/4

Defence minister Rajnath Singh has also said he is monitoring the situation closely.

Spoke to Vice Chief of @IAF_MCC, Air Marshal Rakesh Singh Bhadauria regarding the missing IAF AN-32 Aircraft which is overdue for some hours.

He has apprised me of the steps taken by the IAF to find the missing aircraft. I pray for the safety of all passengers on board.

This is not the first time that an IAF AN-32 aircraft has crashed.

In September of 2016, another AN-32 with seven persons on board, went missing after it took off from Chennai for Port Blair. The aircraft was not found despite a massive search operation for it.