The helicopters of the Indian Air Force (IAF) couldn't be recommenced as the weather was unsuitable for flying in Nandadevi and the base camps, two weeks after an eight-member team went missing. 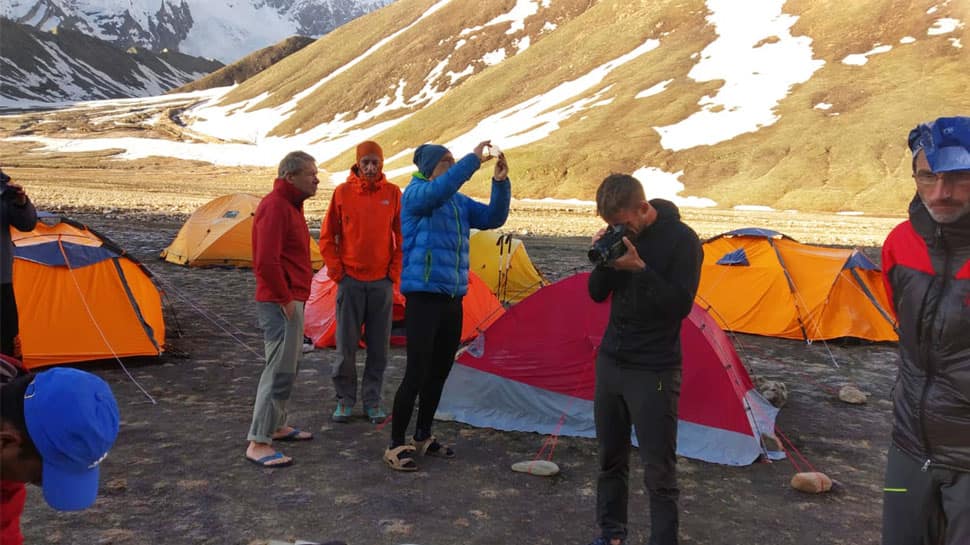 The search operations for the tourists who went missing en route Nanda Devi East peak in Uttarakhand's Pithoragarh district couldn't be resumed on Thursday morning due to bad weather conditions. The helicopters of the Indian Air Force (IAF) couldn't be recommenced for search operation as the weather was unsuitable for flying in Nandadevi and the base camps, two weeks after an eight-member team went missing.

On May 13, two teams comprising of a total of 12 members had left Munsiyari to scale the 7434-metre-high Nanda Devi East peak in Pithoragarh district of Uttarakhand. One team, comprising of eight members, led by well-known British mountaineer Martin Moran, did not return to the base camp on the appointed date. They went missing since May 23.

The team comprised John McLaren, Richard Payne, Rupert Havel (all from the UK), Ruth Macrain (Australia), Anthony Sudekum (US), Rachel Bimmel (US) and a liaison officer from the Indian Mountaineering Foundation Chetan Pandey. Moran, who led the team, had already scaled the peak twice in the past.

The second team was safely brought back from base camp on June 2. Four climbers from the UK, part of this team, have been providing clues on where the others could possibly be at.

The tough weather conditions in the area is posing an obstacle for the rescue teams to conduct their operations. It is reported that the team of missing trekkers may have been at an unscaled peak adjoining Nanda Devi East peak and may have fallen victims to a sudden avalanche in the area.

Pithoragarh District Magistrate V K Jogdande had said on Wednesday that due to continuous snowfall in the region the bodies might be covered by snow which would further complicate the challenge for the rescue team.

The route to the peak begins from Munsiyari about 132 km from the district headquarters.