Second auspicious bath of Kumbh on Monday on Paush Purnima

The Purnima or full moon day will also mark the beginning of Kalpwas at Kumbh Mela. 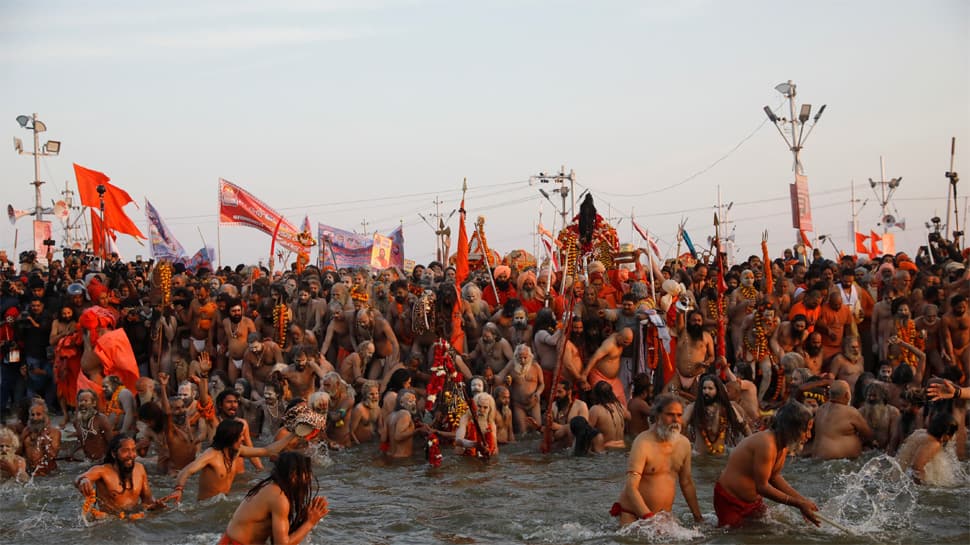 Allahabad: Sangam -- the confluence of rivers Ganga, Yamuna and the mythical Saraswati -- will bask under the full moon on Monday on the occasion of Paush Purnima, which will mark the second auspicious bath of Kumbh.

The Purnima or full moon day will also mark the beginning of Kalpwas at Kumbh Mela.

Elaborating on the significance of Paush Purnima, Shankarcharya Adhokshanand said, "Paush Purnima is a significant day for the Hindus which falls on the full moon day of Paush in the Hindu calendar. On this day, devotees from different parts of the country assemble at Sangam to take a holy dip." He added that this day marks the commencement of Kalpwas (the period of austerity).

"Even Krishna had said that in the months of Hindu calendar, he represents the month of Paush," he said.

Trilokinath Singh, a Lucknow-based astrologer, who regularly visits Allahabad said, "Apart from the religious and spiritual significance of Paush Purnima, the day also marks a gradual decline in the intensity of cold weather. A full moon day is always auspicious, and taking dip in the Ganga river on this day is definitely good. It is believed that such an act will help the person to relieve all the sins."

Singh also said that at some places, Paush Purnima is also celebrated as 'Shakambari Jayanti' and on this day, Goddess Shakambari (an incarnation of Goddess Durga) is worshipped with utmost devotion.

Prior to Paush Purnima, devotees had taken the first dip in this year's Kumbh on Makar Sankranti (January 15).

After Paush Purnima, there will be four major bathing festivals left in the Kumbh 2019. These are Mauni Amavasya (February 4), Basant Panchami (February 10), Maghi Purnima (February 19) and Mahashivratri (March 4).