The miners were trapped inside the illegal mine in Lumthari village of East Jaintia Hills district on December 13. 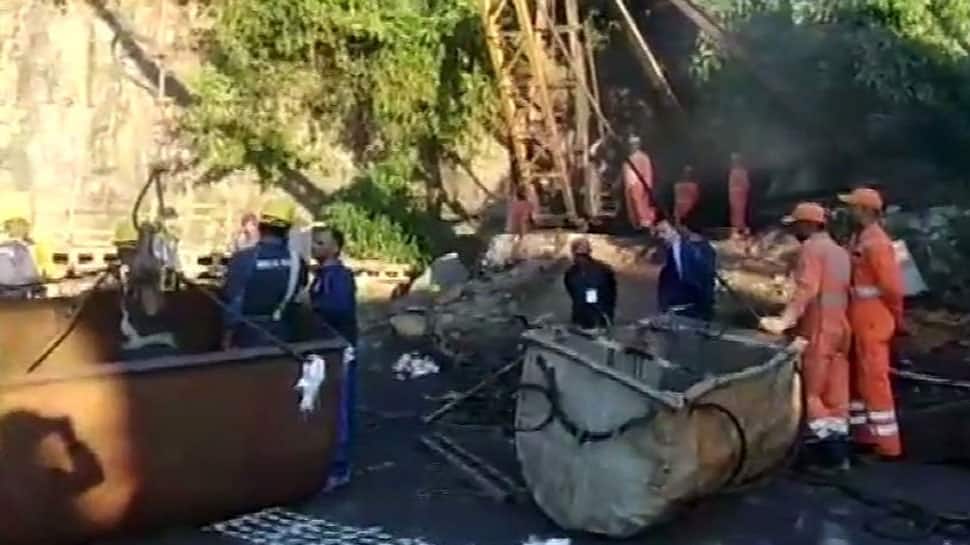 SHILLONG: The heavily decomposed body of an unidentified mined has been retrieved from a 370 ft illegal rat-hole mine in Meghalaya's East Jaintia Hills district, 77 days after 15 men got trapped inside the flooded coal quarry, an official said.

According to the official, the body, located 200 ft from the bottom of the mine, was brought out on Wednesday using Indian Navy's underwater remotely operated vehicle (UROV) and a NDRF boat.

This is the second "heavily" decomposed body to be lifted from the mine after it flooded accidentally on December 13, 2018. The body was dispatched to Civil Hospital at the district headquarter in Khliehriat for post-mortem, operations spokesperson R Susngi told PTI.

The miners were trapped inside the illegal mine in Lumthari village of East Jaintia Hills district on December 13 after water from the nearby Lytein river gushed in. The first body, identified as that of Amir Hussain from Assam's Chirang district, was pulled out of the mine on January 23.

Apart from the Indian Navy, the Army, the NDRF and the state's agencies are engaged in the operations that begun hours after the accident took place.

Three companies, the Coal India Ltd, Kirloskar Brothers Ltd and the KSB, continued with de-watering the mines and their total water discharge in 24 hours is over one crore litres, Susngi said.