As the hearing in the Ram Janmabhoomi Babri Masjid land dispute entered the final stages on Monday, police protection has been provided to the chief priest of Ramjanambhoomi, Acharya Satendra Das and other priests while Section 144 has been imposed across the Ayodhya district. 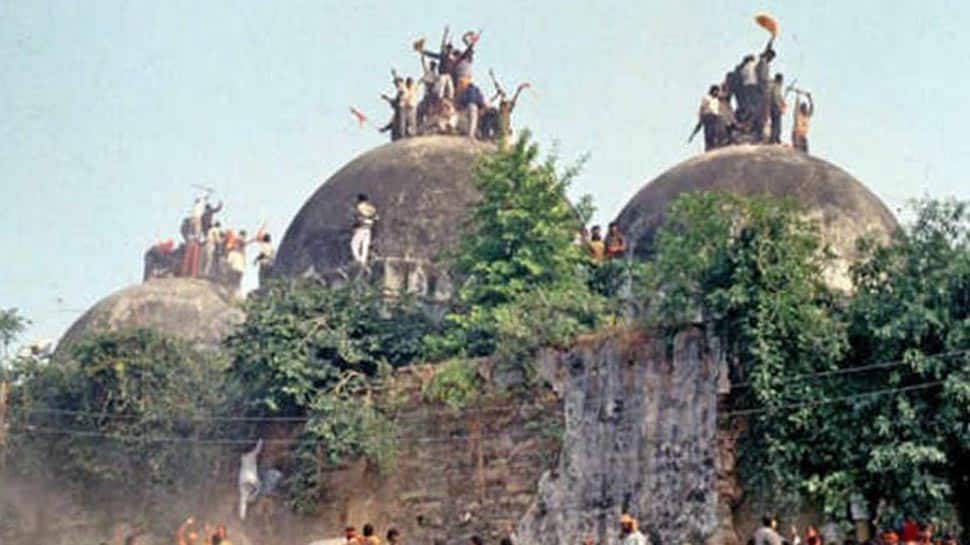 NEW DELHI: As the hearing in the Ram Janmabhoomi Babri Masjid land dispute entered the final stages on Monday, police protection has been provided to the chief priest of Ramjanambhoomi, Acharya Satendra Das and other priests while Section 144 has been imposed across the Ayodhya district.

The Supreme Court, which has been conducting day-to-day hearings in the case since August 6, is set to deliver its judgment in the case by October 17 .

Prohibitory orders under Section 144, which bans the assembly of four or more persons have been issued in the district till December 10 and the Ayodhya district administration has been asked to remain on alert. Anuj K Jha, the district magistrate of Ayodhya said that the latest set of prohibitory orders have been imposed keeping in mind the "safety and security of Ayodhya" and those visiting the city.

To this, orders prohibiting the use of drones and unmanned vehicles for filming and shooting in Ayodhya were added by the district administration. The sale of crackers without the permission of the district magistrate has also been restricted as has been the use of boats and waterways, according to reports.

The administration has also demanded increased deployment of security forces to maintain law and order and communal harmony in the district.

Speaking about the pending Supreme Court's verdict in the case which pertains to the title suit over the 2.77 acre of disputed Ram Janmabhoomi-Babri Masjid land, Ramjanambhoomi Trust Chairman Mahant Nrityagopal Das said, "Time for the construction of Ram Temple is finally here as there is Narendra Modi-led government at Centre, Yogi Adityanath-led government in Uttar Pradesh now. Soon, the temple dedicated to Lord Ram will be constructed at the Lord's birthplace."

The enthusiastic workers of the Vishv Hindu Parishad (VHP) have been stepping up work at the Shree Ram Janmabhoomi Nyas Karyashala in Ayodhya ever since the daily hearings in the case began on 6 August, after the mediation efforts to amicably settle the case failed.

“Since the hearing has picked up in the Supreme Court, Ram devotees are also enthused. The workshop is once again alive with activity. The carved stones sheets and pillars, meant for the temple, are being cleaned," sources informed Zee Media.

On Monday, the 38th day of hearing in the Ayodhya case ended at the Supreme Court = in the presence of a Constitution Bench of Chief Justice of India Ranjan Gogoi and Justices SA Bobde, DY Chandrachud, Ashok Bhushan and Abdul Nazeer.