Security throughout the country is compromised: Robert Vadra on breach at Priyanka Gandhi's residence

Taking to Facebook, Vadra wrote a lengthy post where he slammed the government for the 'deteriorating' security situation in the country. 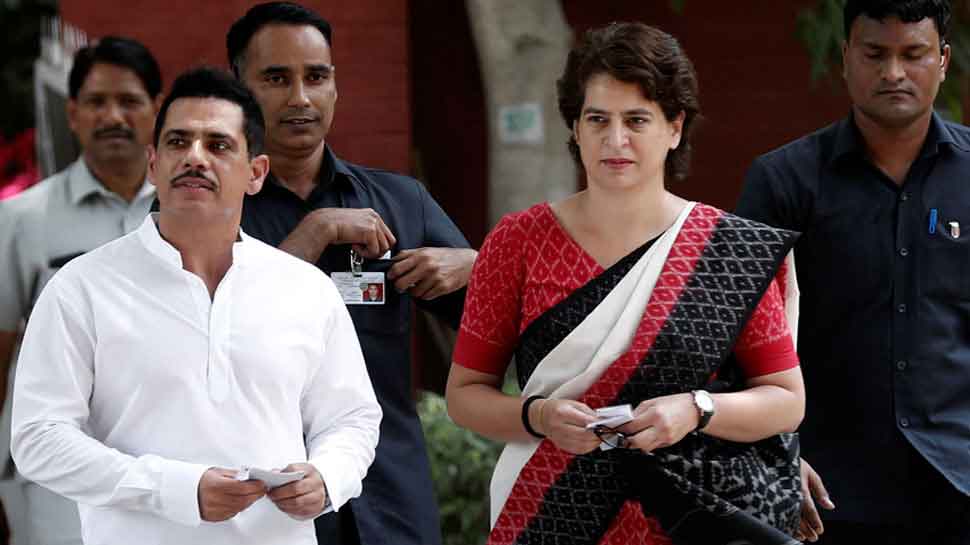 Taking to Facebook, Vadra wrote a lengthy post where he slammed the government for the 'deteriorating' security situation in the country. "It's not about security for Priyanka, my daughter and son, me or Gandhi family. It's about keeping our citizens, especially the women of our country, safe & feeling secure. Security throughout the country is compromised. Girls are being molested/raped, what society are we creating. Security of every citizen is the government`s responsibility," he wrote.

"If we are not safe in our own country, our homes, not safe on roads, not safe in the day or not at night, where and when are we safe ?" the post read.

On November 26, some 6-7 people barged into Priyanka Gandhi's Lodhi Estate residence on the pretext of getting a photo clicked.

The family of Rajiv Gandhi were included in the VVIP security list following a September 1991 amendment to SPG Act of 1988. However, in November, the central government withdrew the SPG protection for Gandhis and replaced it with Z+ security cover provided by the CRPF.

The matter was raised by Congress MPs in the Parliament as they demanded that the SPG protection of the Gandhis be restored.

Maharashtra, Manipur, Tripura, two other states fail to utilise even a single penny of Nirbhaya Fund