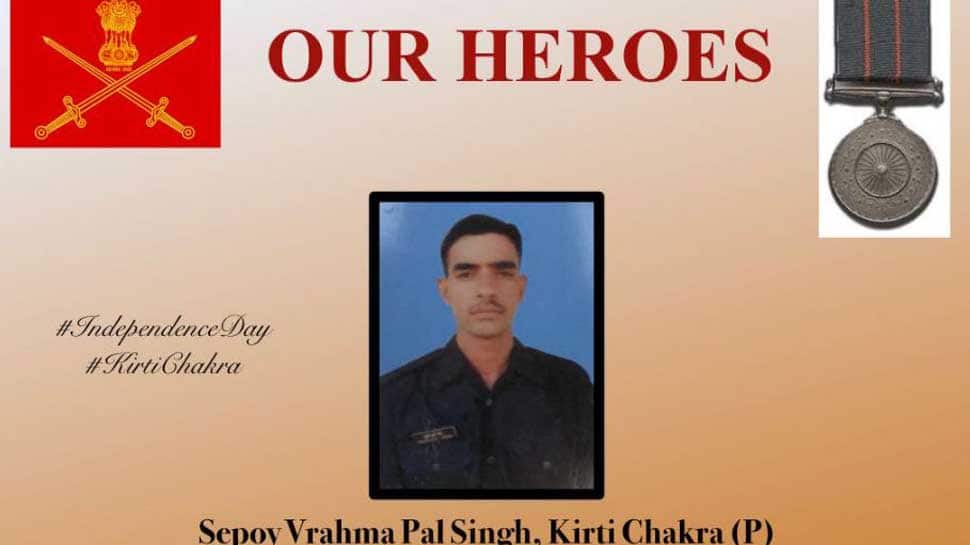 The exceptional bravery displayed by Sepoy Vrahma Pal Singh helped in saving the life of his fellow rifleman and neutralization of two Pakistani terrorists. He made the supreme sacrifice for the nation in line with highest traditions of Indian Army.