Churu in Rajasthan on Sunday recorded a high of almost 49 degrees Celsius with the Met department predicted no respite for the next two days. 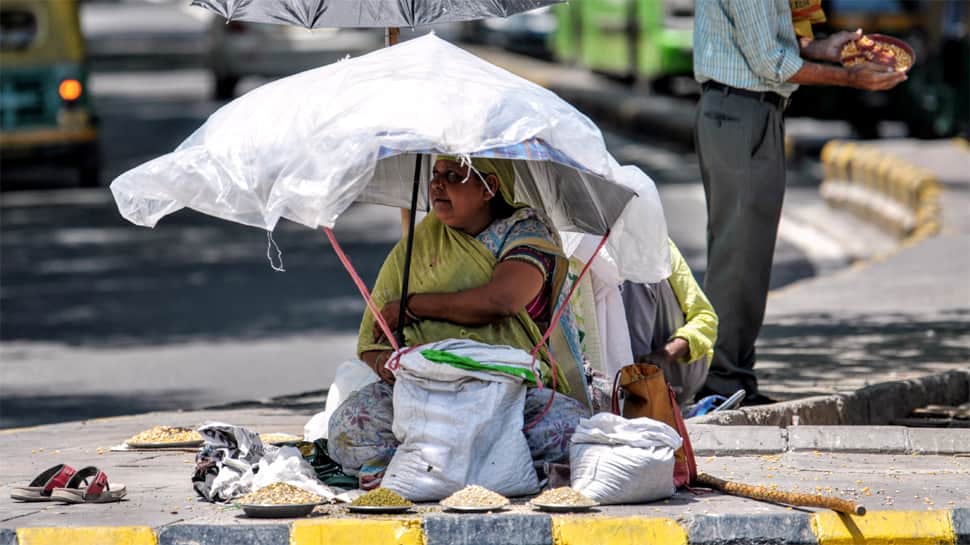 Severe heat wave conditions are likely to continue over most parts of Northwest, Central India for at least the next two days, the India Meteorological Department said on Sunday. Parts of Rajasthan and Madhya Pradesh are likely to witness extreme temperatures while heatwave may get better in the next two days in other parts of the country.

Churu in Rajasthan on Sunday recorded a high of almost 49 degrees Celsius with the Met department predicted no respite for the next two days. "Due to easterly winds at lower levels over northern parts of the country, the severity of the heatwave is very likely to decrease over Punjab, Haryana, Chandigarh, Delhi and Uttar Pradesh from Sunday onwards. However, severe heatwave conditions are likely to persist over Madhya Pradesh and west Rajasthan on Monday," it said.

The IMD categorises the condition of heat wave if maximum temperature of a station reaches at least 40°C or more for plains, 37°C or more for coastal stations and at least 30°C or more for Hilly regions. During very high heatwave, there is a high likelyhood of people from all ages developing illness and utmost care must be taken.

Intense heat continued to paralyse normal life in Rajasthan where a farmer died of sunstroke Sunday, as Churu remained the hottest place with a maximum of 48.9 degrees Celsius.

Ganganagar, Bikaner, Jaisalmer, Kota and Barmer recorded a high of 48.6 degrees, 48.1 degrees, 47.8 degrees, 47.5 degrees and 47.2 degrees Celsius, respectively, the MeT department said. Delhi, which seethed at 42.5 degrees Celsius, two notches above the season's average. Heatwave conditions prevailed at several places in Uttar Pradesh Sunday with Banda being the hottest place in the state at 47.4 degrees Celsius.

Adding to the woes of the people are long power outages in many parts of the country.

Union Minister Babul Supriyo slams Mamata Banerjee, says something is not well with her