At least 488 people died in Kerala due to the rains and floods during the southwest monsoon. 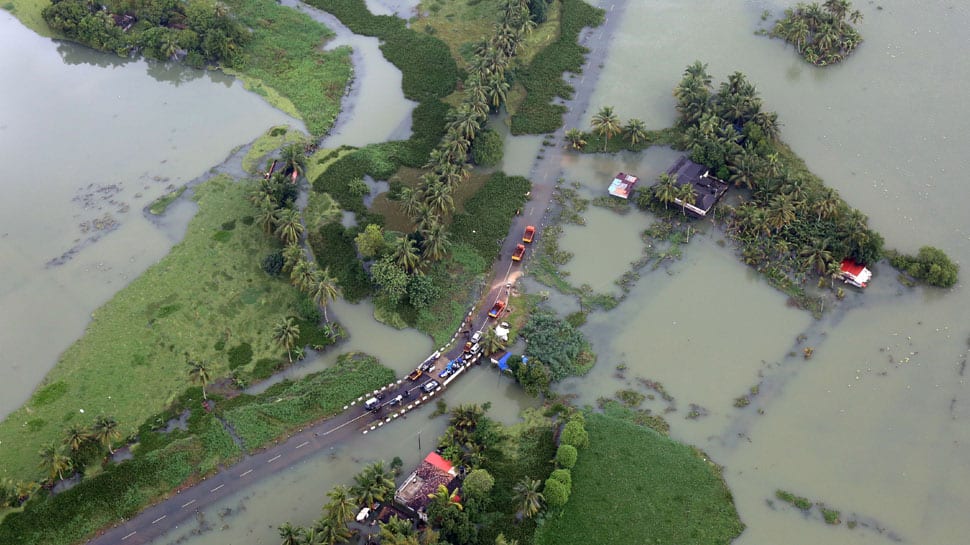 Senior Congress leader Shashi Tharoor has nominated Kerala fishermen for Nobel Peace Prize for their exemplary deeds of courage and rescue operations during the 2018 Kerala floods that claimed more than 480 lives.

The Thiruvananthapuram MP took to Twitter, sharing a copy of the letter he sent to Berit Reiss Andersen, Chairperson of the Norwegian Nobel Committee.

“My letter to the Nobel Peace Prize Committee nominating the fishermen of Kerala for this year's Peace Prize in recognition of their courageous service & sacrifice during the #KeralaFloods of 2018,” he tweeted.

My letter to the Nobel Peace Prize Committee nominating the fishermen of Kerala for this year's Peace Prize in recognition of their courageous service & sacrifice during the #KeralaFloods of 2018: pic.twitter.com/xtPLrTnQBT

"It was during the height of this tragedy that fishermen groups of Kerala, at great risk to their lives and potential damage to the boats that are the source of their livelihood, jumped into the fray to save their fellow citizens," writes Tharoor.

The committee is responsible for the selection of eligible candidates and the choice of Nobel Peace Prize Laureates.

Fishermen groups across the country represent some of the most socio-economically underdeveloped segments, Tharoor said, adding Kerala's fishermen are no exception. "In spite of these conditions, as their lifesaving service during the floods clearly demonstrated, there is an extraordinarily altruistic spirit that animates and drives these coastal warriors of the state," he said.

"The lasting image of a fisherman bending low in the water so as to allow an older person he had rescued to climb on his back and get on his boat is a particularly striking reflection of this spirit that has been etched into the hearts of a grateful community," he wrote.

At least 488 people died in Kerala due to the rains and floods during the southwest monsoon. The worst devastation was reported in August when the state was ravaged by floods.