Famous for using unique and at times bizarre words in his tweets, Congress leader Shashi Tharoor found himself in soup over a tweet where he wrongly spelled Indira Gandhi as "India Gandhi" in an old photo -- leaving Tweeple baffled. 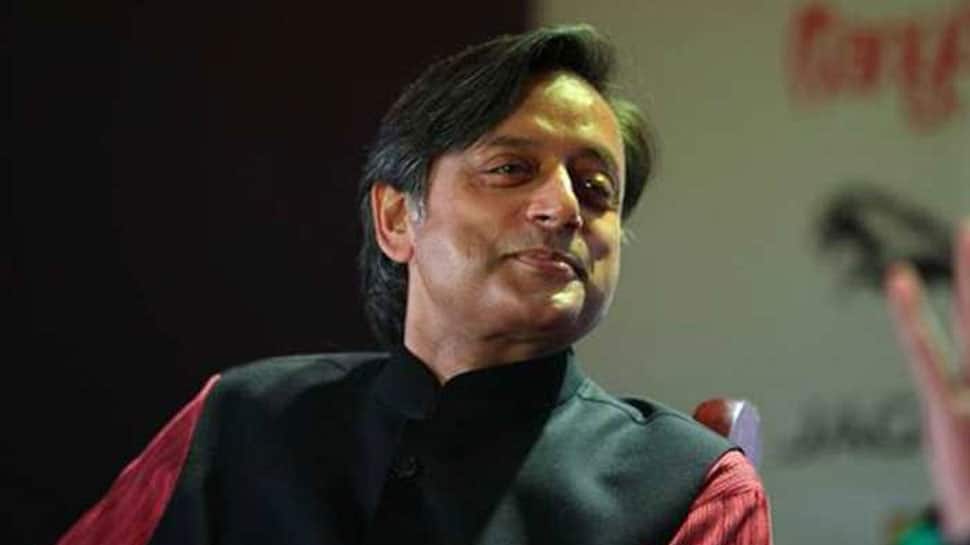 New Delhi: Famous for using unique and at times bizarre words in his tweets, Congress leader Shashi Tharoor found himself in soup over a tweet where he wrongly spelled Indira Gandhi as "India Gandhi" in an old photo -- leaving Tweeple baffled.

Trying to take a jibe at Prime Minister Narendra Modi after his successful "Howdy Modi!" event in Houston on Sunday, Tharoor made the spelling error, along with mentioning that the photo was taken in the US while it was taken in Moscow.

"Nehru & India Gandhi in the US in 1954. Look at the hugely enthusiastic spontaneous turnout of the American public, without any special PR campaign, NRI crowd management or hyped-up media publicity," Tharoor tweeted.

A Twitter user immediately replied: "Was it necessary to prove your utmost loyalty to CONGRESS by addressing Indira as INDIA GANDHI...???"

"Moscow 1956. More specifically Stalinist Russia, de-stalinisation was yet to go public. Summoning a crowd like this didn`t even need PR. #HowdyModi was a triumph. No current Indian leader could have pulled that off... even a dynast. A first generation leader like Modi did it," tweeted author Advaita Kala.

Realising his mistake, Tharoor again tweeted: "I am told this picture (forwarded to me) probably is from a visit to the USSR and not the US. Even if so, it still doesn`t alter the message: the fact is that former PMs also enjoyed popularity abroad. When @narendramodi is honoured, @PMOIndia is honoured; respect is for India".

Some users, however, defended Tharoor.

"Anyone can make a mistake. Here is a learned man who won't play a double game. Any intelligent person will know that he meant Indira Gandhi," said one Twitter follower.