He also said the voters have a "firm belief" in the integrity, fairness and transparency of the Election Commission. 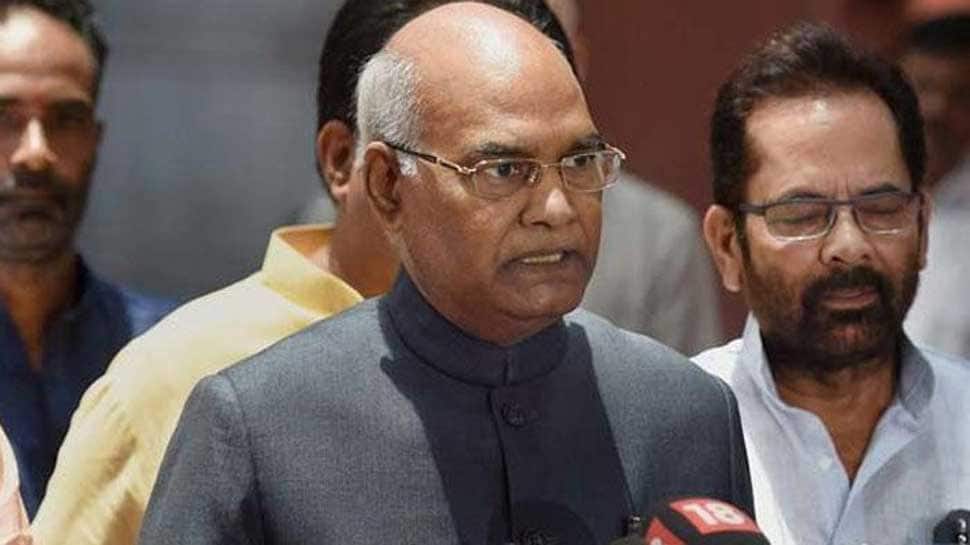 NEW DELHI: President Ram Nath Kovind Friday pitched for the use of modern technology in elections, saying India's sheer size and logistics of polls in the country "make it critical" to embrace the latest means.

He also said the voters have a "firm belief" in the integrity, fairness and transparency of the Election Commission.

His remarks come at a time some political parties questioned the reliability of the electronic voting machines (EVMs) and urged the Election Commission to revert to the system of ballot papers in the Lok Sabha elections due this summer.

"India's sheer size and the logistics of elections in our country make it critical to embrace modern technology," he said at the National Voters' Day, which is organised to mark the foundation day of the Election Commission.

EC came into being on January 25, 1950, a day before India became a republic.

On Monday, a self-proclaimed cyber expert had claimed the machines could be hacked and that the 2014 Lok Sabha elections were rigged.

Following his claims, several opposition parties have demanded the use of ballot papers in the coming Lok Sabha polls.

On Thursday, Chief Election Commissioner Sunil Arora had asserted that the EC would not be "intimidated or bullied" into giving up EVMs and going back to the era of ballot boxes.

On Thursday, the Congress had said it sounds "strange" when the Election Commission presents itself as an advocate for EVMs.
Congress spokesperson Manish Tewari said the EC has been entrusted the task to conduct elections and it should take the views of various stakeholders, including people and political parties, before arriving at such a decision.

Addressing an event here on Thursday, Arora had said, "we are open to any criticism, any feedback, from any stakeholders, including political parties, because they are the biggest stakeholders. But at the same time, we are not going to be intimidated or bullied or pressurised or coerced into giving up these (EVMs and paper trail machines) and starting the era of ballot boxes."

Kovind also said the voters have a "firm belief" in the "integrity, diligence, fairness and transparency of the Election Commission, and the electoral process."

The President said, "The complexity of the tasks -- beginning with the preparation of the electoral rolls and concluding with the declaration of election results -- is difficult to comprehend for an ordinary person. Yet through all this, the credibility of our electoral system has continuously strengthened."
Speaking at the same event, Law Minister Ravi Shankar Prasad also supported the use of EVMs.