An announcement in this regard was made by Shirdi Saibaba Sansthan Trust chairperson Suresh Kashinath Haware. 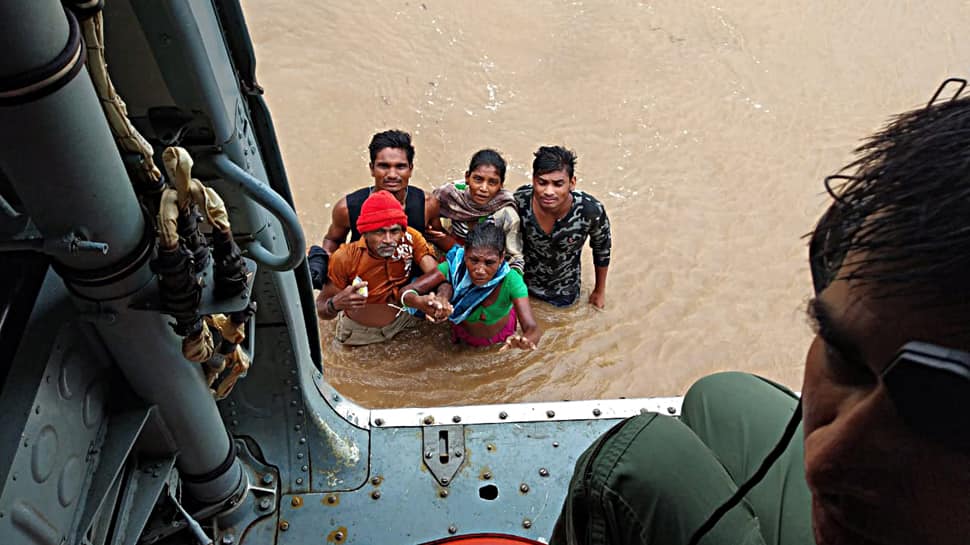 The Shirdi Saibaba Sansthan Trust on Saturday declared that it would give Rs 10 crore as aid for flood-hit areas in Maharashtra. The Trust announced that the amount would be donated to the Maharashtra Chief Minister Relief Fund.

An announcement in this regard was made by Shirdi Saibaba Sansthan Trust chairperson Suresh Kashinath Haware. He said that the donation was being granted in the wake of grim flood situation in Sangli, Satara and Kolhapur districts in western Maharashtra.

At least 30 people have died due to floods within a week in Maharashtra, with areas like Satara, Sangli and Kolhapur submerged in water.

Release of water from Karnataka's Almatti dam has worsened the flood situation in the three districts. Though heavy rainfalls have ceased, the water level in the main river and the region did not come down. Rescue and relief operations are still underway. National Disaster Response Force (NDRF), Navy, Army, Air Force, and Coast Guard are on round-the-clock deployment to aid the rescue efforts.

The NDRF Friday rescued about 10,000 people from two flood-affected districts – about 8000 people from Sangli district and about 2000 people from Kolhapur district. About 40,000 trucks are still stuck on the national highway. Nearly 2,52,813 people have been rescued tweeted the Maharashtra Chief Ministers Office.