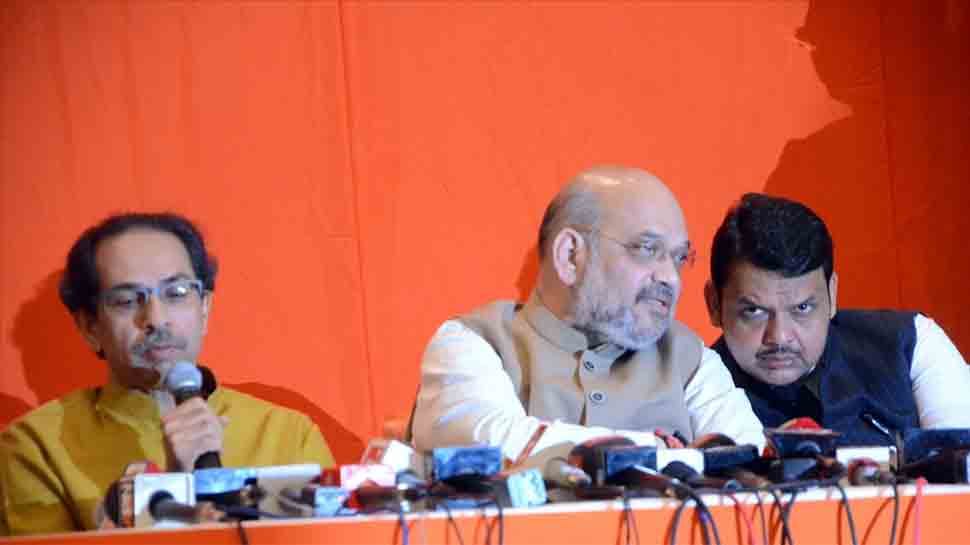 Mumbai: The Congress Tuesday termed as "unholy" the BJP and Shiv Sena's alliance for the Lok Sabha and Assembly polls, pointing out that they had openly levelled allegations of corruption against each other in the past.

"It is an unholy alliance...The Shiv Sena had become helpless and desperate for forging ties...The anti-(Narendra) Modi mask (of the Sena leadership) has fallen off," Sawant told reporters here.

The Sena and BJP coming together will benefit the grand alliance the Congress is building with other like-minded parties such as the NCP, he claimed.

"They have come out with a film of betrayal (of people). So we will try to get Oscar nominations for the chief minister (Devendra Fadnavis) and (Shiv Sena president) Uddhav Thackeray for acting," Sawant said.

Fadnavis had once alleged that Mumbai's development suffered during the Sena's rule in the Brihanmumbai Municipal Corporation (BMC), the Congress leader said.

He also asked if the Ram temple has been built at Ayodhya, as demanded by the Sena earlier.

"The chief minister had announced a probe into the allocation of plots of land in the Thane Municipal Corporation (during the Shiv Sena's rule). When would this matter be probed?" the Congress leader asked.

The BJP had also alleged that "mafia raj" prevailed in the Sena-controlled BMC, he said, asking "has the mafia raj come to an end now?"

The Shiv Sena and BJP Monday announced they would contest the Lok Sabha and Maharashtra Assembly elections together.