He also assured that a Ram temple in Ayodhya will be constructed soon under the leadership of PM Narendra Modi. 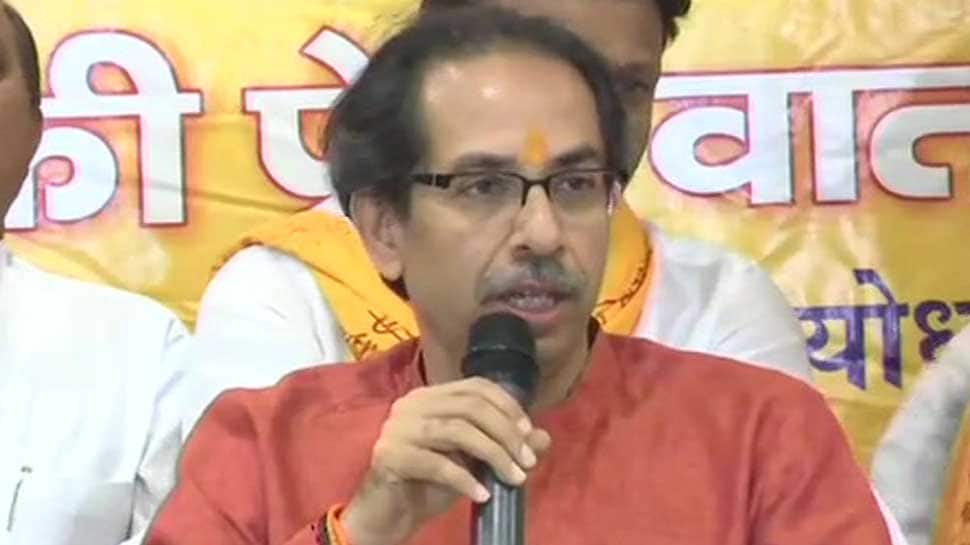 AYODHYA: Shiv Sena chief Uddhav Thackeray on Sunday made a strong pitch for the construction of a grand Ram temple at Ayodhya in Uttar Pradesh and urged the BJP-led NDA government to bring an ordinance if required.

''From tomorrow, Lok Sabha Session will begin so before entering the Parliament all Shiv Sena MPs have come here to take the blessings of Ram Lalla. We strongly believe that temple will be constructed at the earliest,'' Uddhav said while addressing a press briefing here.

He also assured that a Ram temple in Ayodhya will be constructed soon under the leadership of Prime Minister Narendra Modi.

''Ram temple has to be constructed at the earliest. PM Modi has the courage and the Hindus of the whole world are with him,'' Thackeray said.

Sending a strong message to the Narendra Modi-led NDA government at the Centre, the Shiv Sena supremo said that the central government should bring an ordinance for the construction of Ram temple in Ayodhya.

''The government should bring an ordinance for construction of Ram temple here and we will support it,'' the Shiv Sena chief said.

The Sena chief said that his party stands firmly with the BJP government at the Centre over the issue.

During the press conference, Thackeray said that coming to Ayodhya was ''a matter of faith'' for him and that he would like to visit the place more often.

Uddhav earlier offered prayers at the makeshift Ram Lalla temple in Ayodhya in Uttar Pradesh along with 18 newly-elected MPs of his party.

The Shiv Sena chief arrived here in a chartered plane along with his son Aditya and went to the hotel where he was joined by his party MPs who had arrived earlier.

Thackeray and his MPs were welcomed with flowers and drummers and 'dhol' players.

Maharashtra will be going to polls later this year and the visit is being seen as an attempt by the Shive Sena to put pressure on ally BJP on the Ram temple issue.

However, Shiv Sena has been maintaining that Thackeray's visit should not be seen through the electoral lens.

Party leader Sanjay Raut had said on Saturday that Thackeray is fulfilling the promise he made in November that he would visit the temple again after elections.

UP Chief Minister Yogi Adityanath had visited Ayodhya a week back to offer prayers at the makeshift Ram Lalla (or infant Ram) temple.

His visit, the first after the Lok Sabha election results were declared, was apparently aimed at reiterating support for the construction of a Ram temple at the disputed site.

Meanwhile, Iqbal Ansari, a plaintiff in the Babri title suit, said that Uddhav Thackeray's coming to Ayodhya with his party MPs was not a matter of faith but a matter of politics.

"Coming to Ayodhya and offering prayers at Ram temple and other temples is a matter of faith but coming with party MPs is not faith - it is politics," he said.